The award show is presented to show case multicultural images in a positive light, from an African American point of view.  Among those nominated include: husband and wife team Salim Akil and Mara Brock Akil a dynamic duo and, a force to be reckoned with in Hollywood; labeled as one of the most powerful industry couples in Hollywood.

The pair are nominated for: “The Game” – Parachutes…Beach Chairs. 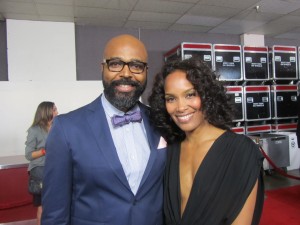 Salim was nominated for Outstanding Directing in a Motion Picture (Theatrical or Television) for  Jumping the Broom.

Also in the works BET  has given the power couple the green light for a new pilot titled, Single Black Female, which is expected to air in August. It will be based on the work-family balance of a single black woman who is the host of a popular Atlanta talk show, similar to The Ellen DeGeneres Show and the pair are directors of the highly anticipated Sparkle starring the late Whitney Houston.

Salim and Mara Brock Akil were nominated for a total of 11 NAACP mage awards and walked away with two.  Salim  and Mara both won the NAACP Image Award for Outstanding Writing in a comedy series for “The Game”-Parachutes…Beach Chairs and Salim won for Outstanding Directing in a Motion Picture for “Jumping the Broom” 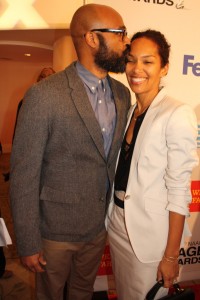