The American Stroke Association kicks off a national hip hop stroke video competition for 10- to 17-year-olds to broaden public awareness about stroke.

The free competition at www.strokeassociation.org/hiphopcontest will engage and educate youth on stroke while igniting their creative use of visual arts.

Stroke is the No. 4 cause of death and a leading cause of severe, long-term disability in America. Yet, 93 percent of Americans do not think of stroke as a major health concern, according to the American Stroke Association, a division of the American Heart Association. 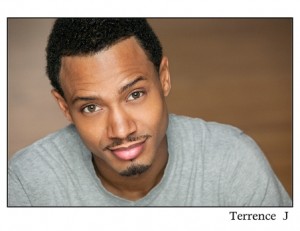 All videos will be posted on the American Stroke Association’s competition website where the public can vote for their favorite. The 10 videos with the most votes will advance to the semifinals. Hip hop professionals — including actor and TV personality Terrence J. from BET’s 106 & Park and Cheryl “Salt” James from the hip hop group Salt-n-Pepa — will select the winning video.

The grand-prize winner will earn a meet-and-greet with Terrence J., among other prizes.

“This video project is special to me, because stroke hits close to home,” said Terrence J., also a cast member of the movie Think Like A Man. “These hip hop stroke videos will educate the next generation on being healthy and encourage all people to learn about stroke in homes, schools and youth organizations across the country.”

There’s another reason for making this competition a family affair: Sibling history can help determine stroke risk, according to findings in the April American Heart Association journal Circulation: Cardiovascular Genetics. If your brother or sister has a stroke, you’re at least 60 percent more likely to have one, according to the study. You’re 94 percent more likely to have a stroke at age 55 or younger if your sibling’s stroke occurred at 55 or younger.

“I appreciate the efforts of the American Stroke Association. They are bringing awareness to our community concerning stroke prevention in a creative and caring way,” said Salt, whose close friend had a stroke in 2007. “When a stroke occurs, it affects family and friends — that’s why it’s critical that through this people of all ages learn that stroke can happen to anyone and at any time.”

To enter the video competition and learn more about stroke, visit strokeassociation.org/hiphopcontest.