“The Heart and Soul of The Community” 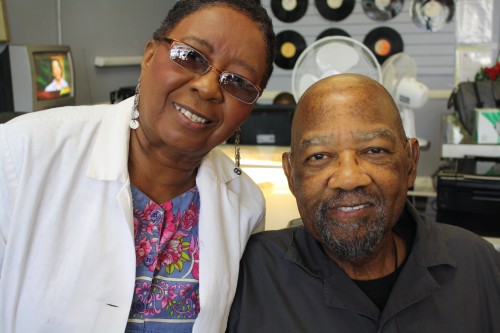 San Diego Mom and Pop Shop Enhances the Lives of the Neighborhood Youth through Music, Math and Science

Have you ever visited one of those neighborhood stores and the moment you entered everything just popped?  I mean, just came alive! That is the essence of entering San Diego Young Artist Music Academy & Resource Center, a small neighborhood Mom & Pop organization located in the Southeastern sector of San Diego, owned and operated by George and Robbie Hill with the help and support of their children and the community. 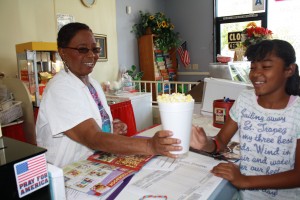 Although Mr. Hill plays a huge role in running the organization as Executive Director, he doesn’t hesitate to give credit where it’s due, quickly pointing to Robbie Hill, his wife of 56 years, as the inspiration of the center’s conception. According to Mrs. Hill, the idea came to her when some of the area youth were defacing the neighborhood with graffiti.  She immediately saw a need to turn the negative acts into something positive, thus enhancing the lives of the neighborhood youth. She had a vision, and she then approached her daughter Renea, who at the time was giving music lessons in her home, and told her “Let’s see what we can do to get them involved.” 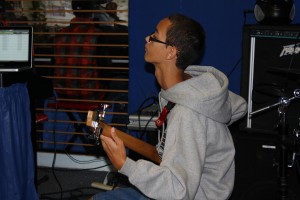 Those words were the bow behind the arrow that spearheaded Music Art Development Achievement (MADA). They went to work right away; meeting with the property owners of a nearby vacant construction site in which they were able to lease one of the initial suites and have a hand in the planning and designs of each room. Robbie designed the snack bar, keeping in mind that she wanted to make sure there was something there for the kids to eat.  The snack bar has always been her passion; once she decided this was what she wanted, everything else fell into place.

Their first endeavor began in March of 1997 with their decision to do something positive, which resulted in the foundation of a boys’ choir, and in 1998 girls were included.  The name MADA is ADAM spelled backwards; this was the name given to the choir by the pastor of the local Bayview Baptist Church, Dr. Timothy Winters. He felt with ADAM being the beginning of Mankind, MADA signified the beginning of change for the youth.  The now combined choir performs throughout the local area year round, but it doesn’t stop with the choir. Under the same umbrella you will also find the San Diego Young Artist Music Academy, the after school educational musical program under the directorship of their daughter, Renea Flenoid, which offers choir, vocal coaching, piano and guitar, as well as other instruments. Although the program appears to be centered around music, there is also a Math & Science program with on site tutoring and dance classes.

Armed with a thirty-year naval career and degree in computer science,  Jackson Mississippi native Hill is readily equipped and comfortable with helping the youth learn how to build computers. The programs cater to a diverse range of student ethnic and age groups. If one would question the cost of enrollments into their programs, their motto continues to insist, “We don’t turn any kids away, if they want to learn, we will bend over backwards to make it happen.”  This all started because one neighborhood mom wanted to make a difference in the neighborhood youth.

In return for George’s full support of her passion, she supports his passion for church planting. In fact, the entire organization can be considered one of family structure because Renea is not the only offspring helping; every one of their children gets involved. When asked how they separate the business from real family time, Robbie was quick to admit, “Although it is a business, it is run like a home, or even a Church!  Each ties with the other.”  She adds. “MADA is such a part of our lives, my soulI just can’t look away from it!” 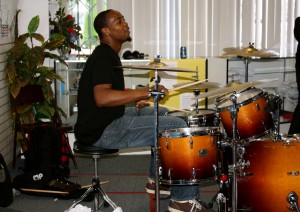 Story by Lucia Hopkins and Photos by: Shanda Pierce