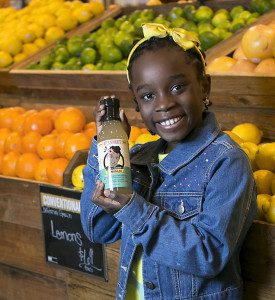 When she was 10 years old, entrepreneur Mikaila Ulmer wowed the judges on NBC’s “Shark Tank” securing $60,000 from FUBU CEO Daymond John to push her beverage company to the next level.

Ulmer’s recipe comes from her grandmother and uses bee’s honey instead of sugar.

“When I was four years old, I got stung by two bees in one week,” she said to NBC News. “It was painful. I was terrified of bees.”
We over here at “The Chocolate Voice” are screaming at the top of our lungs shouting—Congratulations young lady!