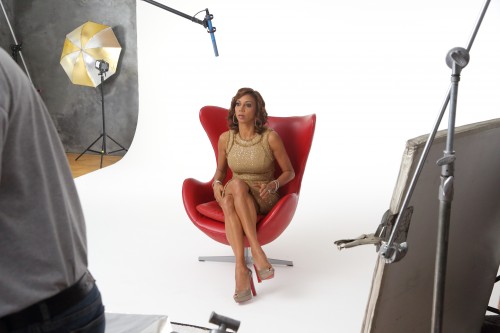 TV One – AARP Holly Robinson Peete, will serve as anchor for the new campaign.
Photo by Greg Grudt/Mathew Imaging

(Via Press-Release) Looking to shift its brand identity among African Americans, AARP is joining TV One and One Solution (part of the Radio One family of media companies which collectively reach 82% of African Americans nationally) for The New 50, a content platform profiling well-known and successful African Americans that have found unparalleled success in their second act of life.

Two television vignettes featuring entertainment journalist Kevin Frazier and actress/philanthropist Holly Robinson Peete will anchor the inspirational campaign.  Created and produced in conjunction with One Solution, the cross-platform brand sales and integrated marketing division of TV One parent Radio One, Inc., the first of the two custom vignettes will premiere on TV One during the live primetime airing of the 46thNAACP Image Awards from Pasadena at 8:00pm ET, Friday, February 6th.

Each the vignettes will inform the 50-plus African American audience that today’s AARP provides a plethora of valuable benefits that support and embrace their active lifestyles across such categories as Entertainment, Philanthropy, Travel and Careers.  Following the initial broadcast window of this original content, AARP intends to further utilize the campaign to engage the African American community across their digital and social media platforms.