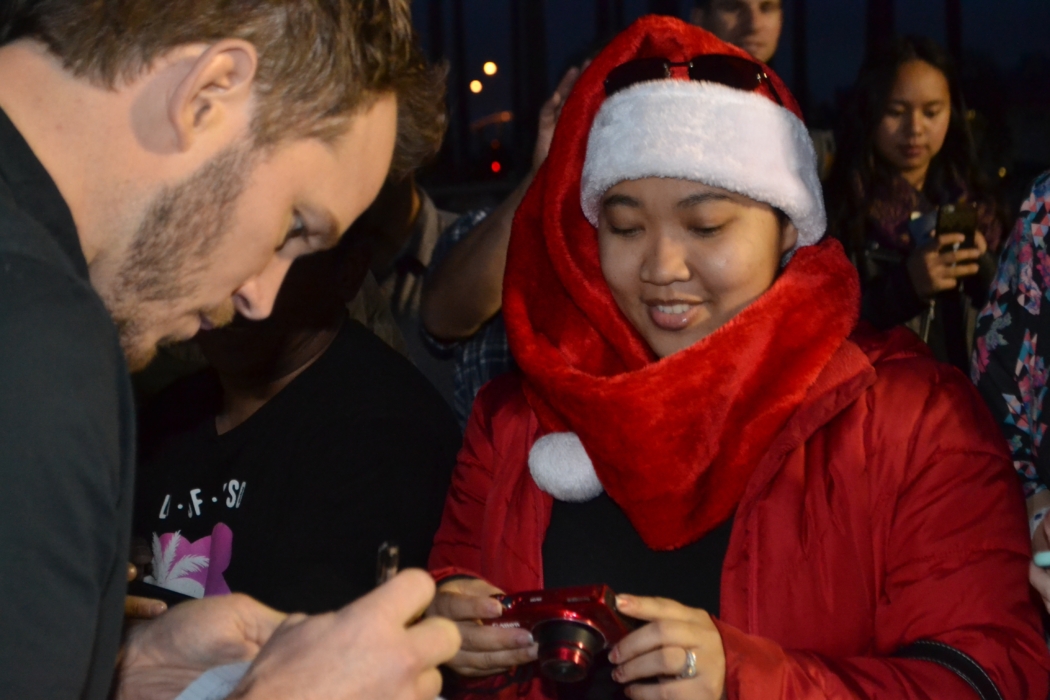 As one of the most sought after leading male actor’s in the film industry who’s image is often shown onscreen as a nice guy, Chris Pratt is actually a really nice guy offscreen too!

About halfway through media interviews, the action star who was named in 2014 as Time Magazine 100, as one of the 100 most influential people in the world, turned away and looked towards and began waving to the crowd of excited fans. And if that wasn’t enough, on impulse Pratt excused himself from the reporter, made a beeline and briskly walked over to the extremely long line of military families and began interacting.

The down-to-earth Hollywood A-lister, walked down the line from person to person, signing autographs, chatting, slapping high-fives, taking selfies, connecting with as many people that he possibly could in the amount of time allotted before the screening began.

Pratt’s actions toward the fans showed us that his nice guy persona is actually who he really is, a really nice guy. 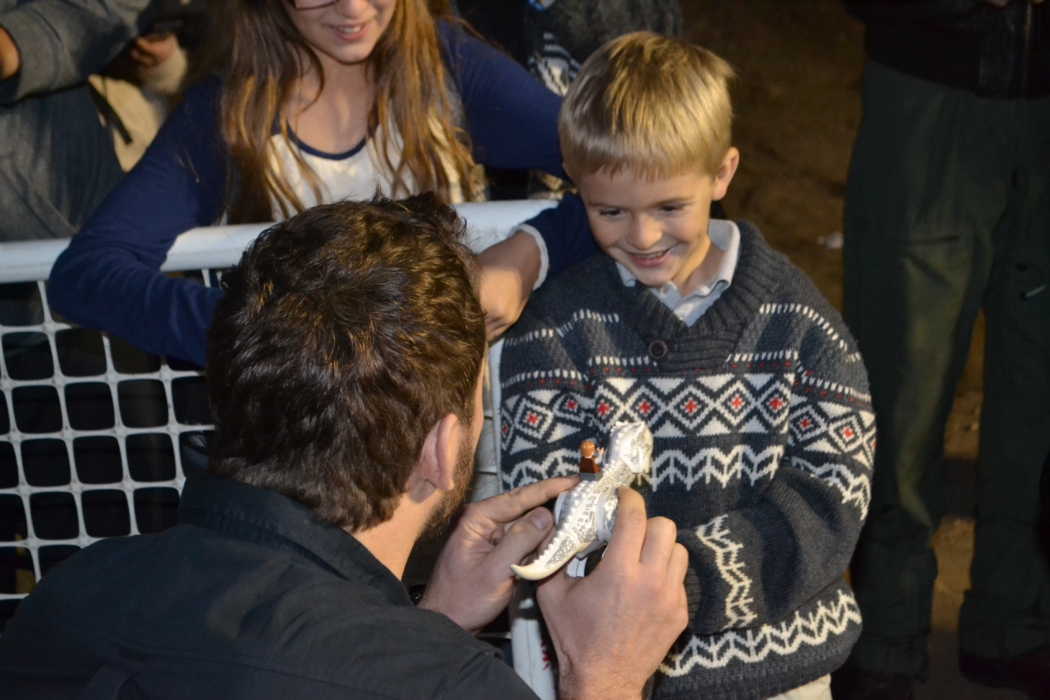 Jennifer Lawrence (Aurora) and Chris Pratt (Jim) star in Passengers, an exciting action-thriller about two strangers who are on a 120-year journey to another planet when their hibernation pods wake them 90 years too early.  Jim and Aurora are forced to unravel the mystery behind the malfunction as the ship teeters on the brink of collapse, jeopardizing the lives of the passengers on the greatest mass migration in human history. The film also stars Lawrence Fishburne and Michael Sheen and is directed by Morten Tyldum.  Produced by Neal H. Moritz, Stephen Hamel, Michael Maher, and Ori Marmur.  Written by Jon Spaihts. 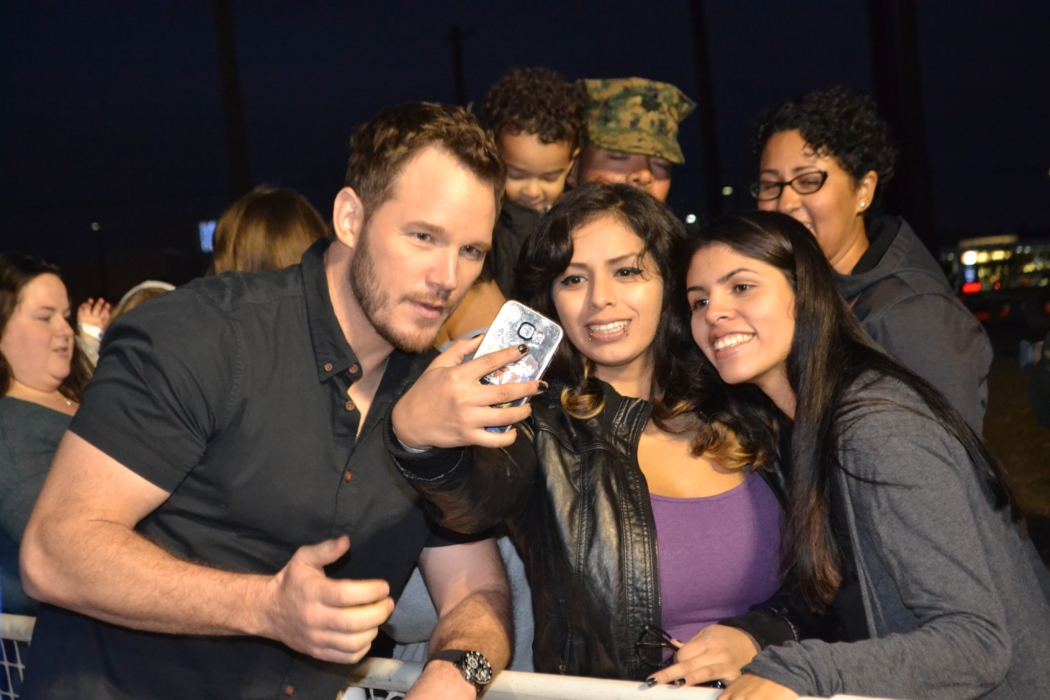