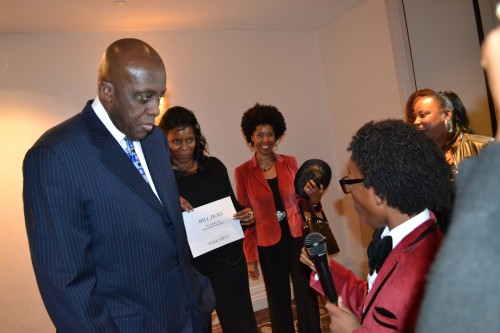 (Hollywood, CA) NAACP Image Awards Nominee luncheon was held on Saturday, February 8, at the Loews Hollywood Hotel, Hollywood, CA. In attendance was extraordinarily  talented director, Bill Duke. Duke is the director/producer of DARK GIRLS, which is nominated  for an NAACP Image Award for outstanding documentary-Televsion (OWN).  The controversial film  goes underneath the surface to explore the prejudices dark-skinned women face throughout the world. It explores the roots of classism, racism and the lack of self-esteem within a segment of cultures.