An Essay by Shirley Sprinkles, Ph.D. 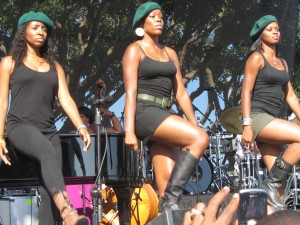 In all the years that I was growing up in Tucson, throughout the forty’s and fifty’s, I never heard of a holiday called, “Juneteenth.”  I don’t remember going to picnics where the women were wearing clothing such as head-rags, sunbonnets, straw hats and long skirts.  Nor do I remember men showing up at social gatherings on that day in overalls, long-sleeved shirts with bright-colored neckerchiefs tied around their necks, and wearing big straw hats and high- laced brogan boots on their feet—often arriving on horseback.   I frequently witness such carryings-on today, however.  It happens every year on the 19th day of June.  It is only now, that I live in the state of Texas, that I am keenly aware of the significance of the auspicious holiday, which is deeply hallowed by African Americans in this state–“Junteenth”.  It was here, after all, that the last slaves were finally officially, and legally, freed from bondage.

Slaves were, ostensibly, freed by President Abraham Lincoln’s famous Emancipation Proclamation of 1842, in which slavery was abolished, but slaves on Texas plantations did not know about this decree until the Civil War was over, and Yankee soldiers had marched through Texas.  It was three years later, in fact, when the news finally reached Texas.  General Gordon Granger read the president’s freedom proclamation, on June 19tth , 1845,  from the bow of a Yankee ship which had sailed into the harbor of Galveston, Texas, which is located at the southern tip of the state..

Initially, there was both jubilation and stunned disbelief among the ex-slaves.  Mostly, there was confusion.  Amid the indescribable joy, there was fear and a good amount of suspicion.  To say the least, there had been no plan laid out for this eventuality.  In fact, white slave owners had been very careful to withhold this un-welcomed information from their stables. 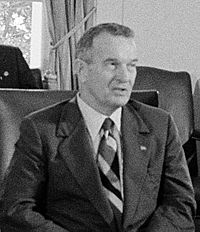 As I stand today on what came to be known as “Freedmen’s land” in a small rural settlement of approximately 300 people named Kendleton, Texas, I am, metaphorically, yanked backwards in time to that historical day by the scenery that surrounds me.  There are, to this day, acres and acres of cotton growing on both sides of the two lane Farm to Market road that leads to the school where I will stop to work.  There are still cotton fields as far as the eye can see.  Cotton is still “king” here, after all these years.  Now, however, a good percentage of this land is owned not by wealthy white land owners, but by wealthy black ones.  The land that comprises the little town of Kendleton, Texas was sold to former slaves by a generous white and Christian plantation owner named William Kendall, whose wife, Bell, was the daughter of the famous southern warrior, General William Tecumseh Sherman.

Kendall and Bell realized the predicament former slaves (freedmen) were in following the war: no education, no monetary resources, and no place to go.   He portioned out much of his vast holdings into parcels ranging between 100 and 200 acres each, and sold them for amounts between fifty cents and one dollar an acre.  He carefully interviewed each applicant to determine that they were sincere about seeking a better way of life, and he required them to sign an oath swearing not to sell the property, but to leave it to their heirs.   Heirs of those families still live on the land there today. Unfortunately, many of the early settlers lost their property due to ignorance of laws requiring them to repay loans borrowed from the U.S. Rural Development Corporation to grow crops on an annual basis, whether or not the crops succeeded.  These laws, overseen by the federal government (USDA) and Farmers Home Administration Department, have been the source of much loss of wealth among blacks across the south.

Many of us who settled in Tucson in the late Thirties and Forties migrated from Texas and left behind vast plots of family land just like Kendleton.  Some families have held on to their inheritance by bonding together to pay the annual taxes and assessed fees to avoid confiscation by the state’s land office.  But, alas, too many have not.  As a result, much has been lost.  It is sad to think how many of our children are clueless about what they own in a far off land.  Awareness and right action could spell the difference between a life of mediocrity and a life of abundance; it’s there for the taking.

Each generation of Kendleton residents has added to the status of the previous ones.  Every year the Kendleton Heritage and Cultural Society hosts a banquet to showcase the degree to which growth and improvement has taken place since the beginning.  There are scores of college graduates whose ranks in society range from school teachers to engineers in rocketry who return to pay homage to the their humble beginnings in their little town.  Junteenth is the date of that annual gathering.

More and more black people across the country are joining in to partake of the celebration that originated in the state of Texas, and has now spread throughout the land.

Few, however, know that it was Governor Bill Clemmons who first signed the Senate Bill that established “Juneteenth” as a Texas state holiday.  The year was 1980.  Although Freedmen had been celebrating for many years, the governor’s signature, which, by the way, took place under a shade tent in Kentleton, Texas, made the date an official day of celebration.

Today, African Americans all over America can take pride together in celebrating the end of the scourge of slavery. It’s our day.  We earned it through the blood, sweat and tears of our ancestors.  It is only since my return to Texas, my birthplace, that I have become aware of the significance of the June 19th holiday. That part of history was omitted from our textbooks.  Now we know why it belongs there. 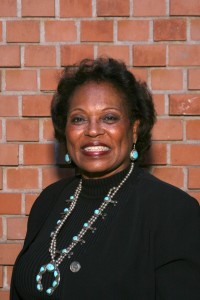 Dr. Shirley Robinson Sprinkles is the author of  FROM DUNBAR TO DESTINY; One Woman’s Journey Through Desegregation and Beyond,”