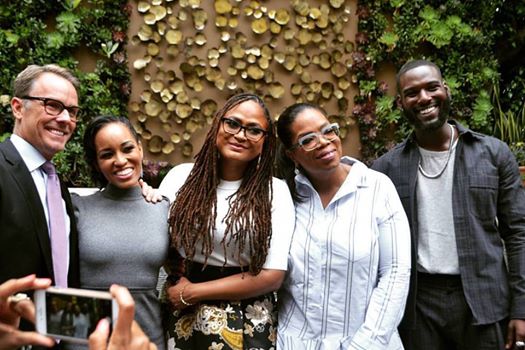 “Queen Sugar” (Wednesdays at 10 p.m. ET/PT) chronicles the lives and loves of the Bordelon siblings in Louisiana and recently debuted its second season on OWN (June 20) with its highest-rated episode ever in key adult and female demos. The series is currently averaging 2.4 million viewers (L3) and is consistently one of the most talked-about shows on social media.

“I’m so proud of Ava and her ability as a filmmaker to challenge the status quo and push for inclusiveness on screen and behind the camera. I love, love, love the work we have been able to create so far. I am looking forward to developing many more meaningful projects together,” said Oprah Winfrey, CEO, OWN and Harpo Films.

“There is fresh air and room to roam. There is an artist-driven atmosphere and an intention to share stories that nourish. There is a spirit of inclusivity and imagination moving at all times,” said DuVernay. “This is the new era of OWN. I’m thrilled to continue to collaborate with Ms. Winfrey as we expand the scope of our storytelling. And I feel fortunate to be a small part of this network at such a wonderful time in its evolution.”

In addition to announcing “Queen Sugar’s” third season order, OWN has announced that Michael Michele, Roger Guenveur Smith and Beverly Todd will join the series in recurring roles later in season two.  Michele (“ER,” “Kevin Hill”) and Smith (“A Huey P. Newton Story,” “Do the Right Thing”) will play Darla’s (Bianca Lawson) estranged parents, and Todd (“I Will Follow,” “The Bucket List”) plays Mother Olivia Brown, a much beloved and respected matriarchal activist residing in the 9th Ward.

Filmmaker Ava DuVernay was nominated for an Academy Award and won the BAFTA for Best Documentary for “13th” which had the honor of opening the New York Film Festival before premiering on Netflix. The documentary showcased her commitment to activism and reform in the criminal justice system. Previously, she directed the acclaimed feature film “Selma,” which was nominated for two Academy Awards and four Golden Globes.

Winner of the 2012 Sundance Film Festival’s Best Director Prize for her previous feature “Middle of Nowhere,” DuVernay’s earlier directorial work includes “I Will Follow,” “Venus Vs,” “My Mic Sounds Nice” and “This is The Life.”

DuVernay recently wrapped production on directing Disney’s “A Wrinkle in Time” based on the beloved children’s novel of the same name; marking the first time an African American woman has directed a feature with a budget over $100 million. The film, which stars Oprah Winfrey, Reese Witherspoon and Mindy Kaling, will be released in March 2018.

In 2010, DuVernay founded ARRAY, a film collective which distributes and amplifies the work of people of color and women directors, named one of Fast Company’s Most Innovative Companies in Hollywood.