Back to Basics 2: Music Conference Returns to San Diego 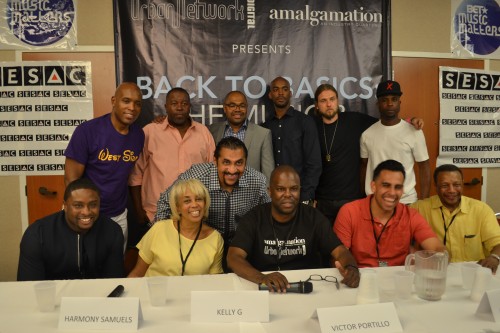 (Los Angeles/San Diego) Fresh off the success of its 2014 Comeback Conference, Urban Network Digital and Amalgamation Magazine: An Industry Quarterly — are returning to San Diego, Calif., June 4-7, 2015 for its annual Music-Entertainment Conference. The venue for the 3-day event will be held at tropical-themed Crowne Plaza Hotel, 2270 Hotel Circle North, San Diego, CA 92108.

Early Bird Registration will be $100 for the entire Conference ($150 after April 1st). Hotel guest rooms are $159 per night plus tax (along with Breakfast Buffet for two served each day).

This is the only event of its kind on the West Coast. Once again, executive producers for the Conference are Urban Network Digital President Arthur Mitchell and Amalgamation Mag Publisher David Mitchell. They are joined by Conference co-producers Kevin Briscoe, DJ Artistic, Lin. Woods, Tosha Y. Thomas, Harold Whaley, publicist Lynn Allen Jeter, MANDATE Records CEO Leonard Thompson, and industry executive Troy Marshall. Miller London will continue in his role as Co-Chair of the Conference.

Ethiopia Habtemariam, President, Motown Records/President of Urban Music for Universal Music Publishing, was the 2014 Conference keynote speaker. She provided unique insight on the music business, and about her rise within it. More than a dozen panel sessions and seminars were held during the weekend: topics and themes ranging from Gospel Meets the Digital World; Licensing & Music Branding Opportunities; Perspectives from Top A&R and Creative Execs; Hip-Hop Onward & Upward;

Financing Your Career, Investing In Your Future; Not Your Daddy’s Radio; Creating Hit Songs for Major Projects; Navigating Social Media & the Digital Music Worlds; Hustle of the Music Industry; and The State of R&B 2014: Is the Genre Still Relevant?

“We are elated about the success of our 2014 Conference, and plan on building on its momentum,” says Arthur Mitchell. “We have already hit the ground running for [this] year’s event which I guarantee is going to be bigger and better. The Crowne Plaza is a beautiful hotel, and can accommodate an even larger number of attendees inside its Conference Center and patio/poolside area. We’re also looking forward to hosting a Golf Tournament at the gorgeous Riverwalk Course, less than a mile from the hotel.”

“I especially want to thank all of the executives, indie artists and labels, and music creators that attended the Conference. We could not have done this without them,” says David Mitchell. “There really are no affordable, impactful major music Conferences targeting the Urban Music genres and its professionals, especially on the West Coast. Urban Network is a legacy brand. In conjunction with Amalgamation, we are about maintaining some of those traditions, while more importantly moving our industry forward.”

He went on to say, “We decided to maintain our theme for the upcoming Conference, ‘Back to Basics 2.’ Digital strategies, navigating the social media, along with music brands, mass media and licensing one’s music for TV, Film and Digital will be among the various topics we discuss that are at the forefront of today’s music business issue. But we’re also going to host hour-long panel discussions on the topics Urban Network has long championed: the State of Hip-Hop, Gospel Music, R&B Music, and forums for mix show DJs, indie labels and artists, A&R development, production and songwriting, along with panels tailored to radio professionals.” 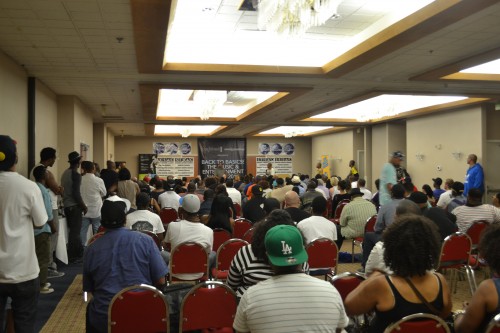