Sad news in the world of sports today, baseball Legend Tony Gwynn has passed away at the age of 54.

A class act on and off the field Hall of Famer Gwynn, had been battling cancer since 2010, when he had an operation to remove cancerous lymph nodes from his parotid gland. He later had surgery to remove a malignant tumor from the inside of his right cheek in 2012 and recently had to take a leave of absence from coaching San Diego State due to his cancer treatments.

He became SDSU’s head baseball coach after he retired from the Padres.

Gwynn attended San Diego State University where he played both,  college baseball and basketball.  The home field for the San Diego Aztecs team was renovated and the stadium was named in honor of  Tony Gwynn. 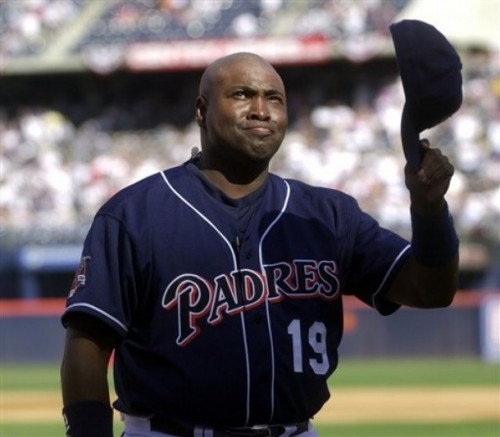 He had stated in past interviews that he believes the cancer was caused by years of chewing tobacco.

Though he never won MVP, Gwynn finished in the top 10 of MVP voting seven times. 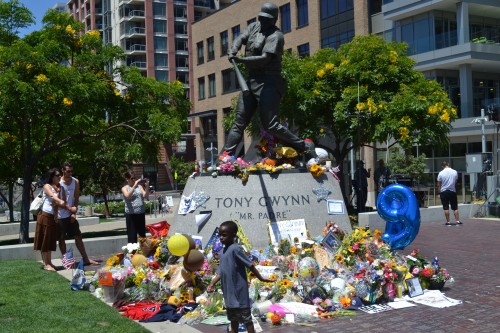 Fans gather In San Diego at Petco Park to pay homage to the Hall of Famer.