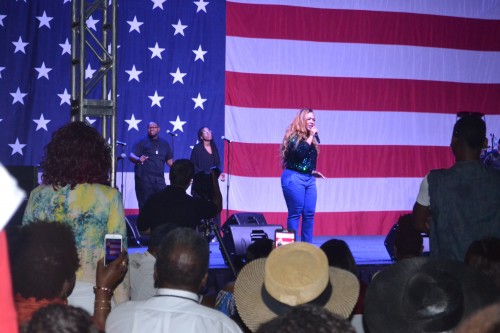 (San Diego, CA) On Sunday, July 26th for the second year in a row, Bayside Gospel aboard the USS Midway Aircraft Carrier and Museum, turned the celebrated tourist ship into a spectacular outdoor Gospel concert.

The evening couldn’t have been more perfect.  The entertainment that took place aboard the ship was quoted as being a sanctuary underneath the stars, spoken so eloquently to the crowd by Pastor Terry Brooks of Bayview Baptist Church, who was among the crowd celebrating his birthday, which prompted the singing of Happy birthday in unison.

KPRZ 1210 AM Gospel on Demand Radio hosts, Walter Ko, Evangel and Eddie Baltrip, were the upbeat MC’s for this year’s event.

The benefit concert presented by M.A.N.D.A.T.E. Records in association with The San Diego Urban League featured headliner, Grammy-award winning songstress Erica Campbell, one half of the former powerhouse duo, Mary Mary, along with her sister, vocalist Tina Campbell.

Now touring as a solo artist, Erica energized the audience with her uplifting and catchy tunes including: “Looking Like” and “A Little More Jesus.”

Based on the nearly sold out crowd’s reaction, Bayside Gospel aboard the USS Midway has become one of San Diego’s best summer events.

Proceeds from this event benefits returning military personnel and their families. 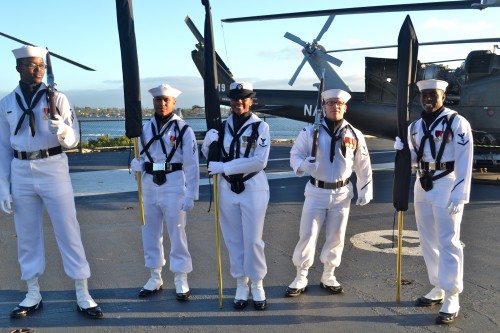 Proceeds from the Bayside Gospel concert benefit military personnel and their families.