Benjamin Jealous To Resign From Post As NAACP President 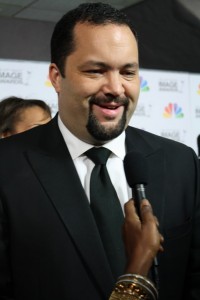 Benjamin Todd Jealous, who became the youngest President and CEO of NAACP in 2008 at the age of 35, has decided to resign from his post effective December 31, 2013. Jealous, who is a Rhodes Scholar and a graduate of both Columbia and Oxford Universities, was a Harlem Community Organizer at the start of his career, and has worked for over two decades to promote human and civil rights in the United States. During his tenure as President and CEO of NAACP, the number of activists has exceeded 1 million, and Jealous has also helped the organization make great strides in gaining online participation in the organization.

Jealous, who has helped NAACP secure a brighter future in a technological world, also has a young family with whom he would like to spend more time. In an interview with USA TODAY, Jealous said the constant travel as president and CEO of the nation’s largest civil rights organization has kept him away too much from his family.

In addition to educating his own children about the ways of the world and passing on the virtues of public service to them, Jealous also plans on entering a new teaching career after his resignation.