A $50 million deal reported by theNYTimes  today between Pepsi and global star Beyoncé have agreed on a $50 million partnership that will essentially see the beverage become the singer’s official patron. Pepsi announced  that alongside the award winning mega pop star, the collaboration will innovatively work together in engaging fans that will benefit both brands.

In exchange for appearing in her fifth commercial for the company and having her face on a limited edition print of cans, Pepsi will set up a fund to sponsor some of her more outside the box future endeavors potentially including photo shoots, videos, live events and anything else she might get excited about doing.

This is a limited edition Pepsi can developed in partnership between Pepsi and Beyoncé, it will first be seen in Europe March 2013. This is an extension of Pepsi’s “Live For Now” campaign. (PRNewsFoto/PepsiCo) 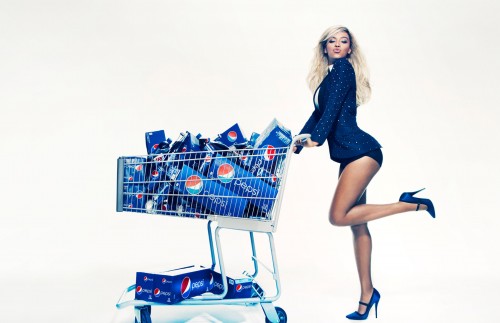