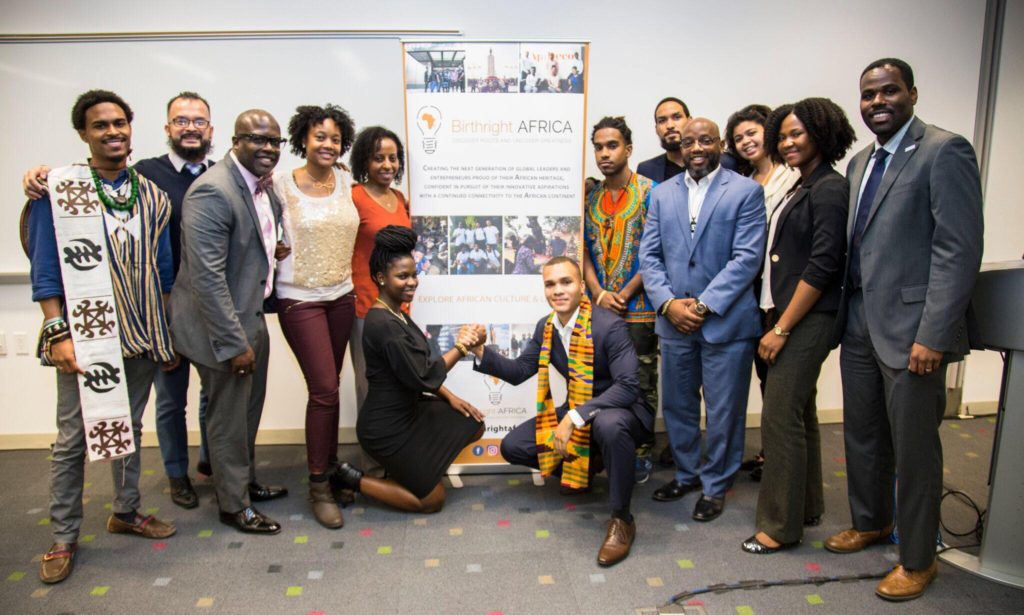 As we celebrate Black History, highlighting our rich history and phenomenal contributions to society, it’s amazing to read about the  different programs that exist around the world. Programs  such as “Birth Right Africa.”

Recently, TCV received a forwarded article published in”The New Yorker Magazine,” about an artist from Chicago, Ashley Johnson, who had heard about Taglit-Birthright—a program offering trips to Israel for young Americans of Jewish descent—she wondered why a similar program didn’t exist for people of the African diaspora. She Googled “birthright” and “Africa,” and was pleased to learn that one did—at least in theory.

In 2005, Walla Elsheikh, a former Goldman Sachs associate whose father had been a Sudanese diplomat, heard a friend rave about a Taglit trip. She registered a Web site with the name Birthright africa. She let the idea marinate, and nothing much happened, until she got a Facebook message from Johnson.

The two began a correspondence and eventually decided to launch the program together. In October, 2016, Johnson, who is thirty-three, and Elsheikh, who is thirty-eight, travelled to Ghana, where they met local entrepreneurs and saw relevant sights: everything from the notorious Cape Coast Castle, the center of the transatlantic slave trade, with its “door of no return,” to W. E. B. Du Bois’s last home, in Accra.

Elsheikh, who grew up in Uganda, Sudan, and Sweden, said, “Ghana is really seen as the gateway to Africa. Birthright africa is built around the Ghanaian principal of sankofa—in order to know where you’re going, you have to know where you’re from.” The organization has, to date, financed a trip enabling seven young Americans to make the journey.

All cuny B.M.I. students of African descent between the ages of eighteen and thirty are eligible to apply for free Birthright africa trips. Those who make the cut, Gardere said, explaining the program to the crowd, will first visit the African Burial Ground National Monument, in downtown Manhattan, and the National Museum of African American History and Culture, in Washington, D.C. Then, he said, dropping his voice to a whisper—“we’re going to give them ten days in Ghana.”

What an interesting concept.