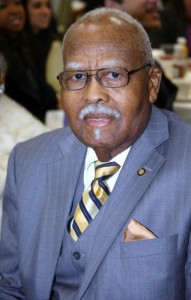 Black History Month brings to the forefront of my mind so many thoughts of historic value that my mind at times seems to tinker on the verge of becoming overwhelmed. Such was the case not long ago, but the mind has a way of taking care of itself.

While growing up in the southern state of Louisiana in the early thirties, when Depression era blues were imposed on everybody, black or white, attending segregated schools was not necessarily the biggest issue of concern at the time for black youth and their families. I thank God that my family was blessed with my father’s employment. Although the conditions in the segregated social system were difficult, as young children itʼs what we had and we had little choice but to adjust, learn and work for a better day, for there was no doubt in our minds that a better day was coming.

During my time in the armed forces during WWII, I often noticed racist attitudes towards black service men. So, it was natural for me to pay close attention to the distinct racial overtones in an article that appeared in the U.S. Armed Service Newspaper, Stars & Stripes in the summer of 1944 while our country was at war with the Germans.

Allied Forces had successfully landed at Normandy and the American 1st & 3rd Armies were moving fast across northwestern France toward Paris with powerful German units in retreat. Having been in Europe since November of 1943 preparing for the D-Day Invasion, I had collected a lot of notes about race relations in the U.S. Military in Great Britain.

It was not pretty and it did not get much better through the duration of WWII. I was in France and by chance I got my hands on the current issue of the Stars & Stripes. To my dismay I noticed this column with a heading in large print that read Rear Echelon Cowboys. The article was about the writerʼs perception of the performance or task of black soldiers in France. The primary focus of the article was the denigration of a segment of the U.S. Military forces in the war. The writer had the audacity to inject the historically American stereotypical elements of race in his ill informed discourse about blacks in the war.

The publication and distribution of such materials in the war zone astonished me. Perhaps it should not have. I made a mental note of what I read and tucked it away. There was never a chance that I would forget that. It was devastating to the morale of all black soldiers in the region. As bad as it was, I had no time to waste. I put it aside for another day.

“Another day” came 67 years later. While watching the very popular “CBS 60 Minutes”, I learned that the renowned commentator Andy Rooney was a writer with the Stars & Stripes during WWII.  A while later I heard Rooney comment briefly on his time in Europe during the war and about his service with Stars & Stripes as a writer. Could this cranky old man at CBS be the person responsible for that unkindly article I read in France 67 years ago? I needed to know.

Days and weeks past and finally I took time out to write Mr. Rooney a letter, informing him of the Stars & Stripes article of ʼ44 and of my concern at that time. I wanted to know if he, Andy Rooney, had any recollection of the article. The subject of the article suggests that it was a big deal for somebody at Stars & Stripes. Cover page, bold print, region-wide distribution. Everyone associated with the paper might have been aware of this one.

I wrote a letter to Andy Rooney regarding the extremely racist article in the Stars & Stripes. In my letter, I included a reminder of the outstanding service African American men did during WWII for their country.  I used the examples of the 2,221 African American men who replaced fallen soldiers at the time of the Bulge, and the men of the Red Ball Express.  Their quick delivery of supplies to various locations all over Europe ensured that our Armed Forces had the tools they needed to win the war.

I went on to write, “Mr. Rooney, in my view, the Stars & Stripes did those men, the United States of America and the Allied Forces in Europe a disservice. Even to this day, a Stars & Stripes apology would be very appropriate.”

“Andy, I know this letter may never reach your hands, but please be assured, it has been a pleasure writing it. Finally, in case you should learn the identity of the ʻidiotʼ responsible for the Stars & Stripesarticle referred to here, please inform him that you have since encountered one guy who remembered and he was not laughing.”

The following day we learned that Andy Rooney had died. To my regret, Andy Rooney never had the pleasure of reading my letter. My hope is that in the future, someone at Stars & Stripeswill see the letter and get excited about it. I am prepared for dialogue if that day should ever arrive. 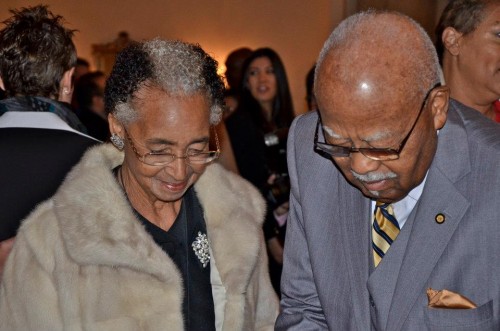 Ambrose Brodus, Jr. was awarded the Dr. Martin Luther King, Jr. Human Dignity Award on January 14, 2012. Ever since 1986, this award has recognized residents of San Diego who have given great contributions to their community.