Washington, DC – Women played an integral role in the 1963 March on Washington and the civil rights movement overall, however, their story is rarely told. 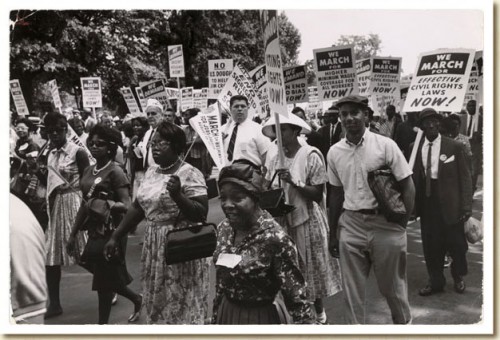 Black Women’s Roundtable (BWR), an initiative of The National Coalition on Black Civic Participation (NCBCP), will bring leaders together to discuss the contribution women have made – past and present – to the civil rights movement and to begin to craft a multi-ethnic women’s public policy agenda. Hosted as part of the official 50th Anniversary March on Washington Week of Activities, the women’s gathering is focused on the march themes of  jobs, freedom, peace and social justice, and will be held Thursday Aug. 22, 2013, 10:00 am – 1:30 pm at the Hyatt Regency Capitol Hill.

The  discussion will be presented in three segments: