“Blackish” and “Empire” among honoree’s at PaleyFest 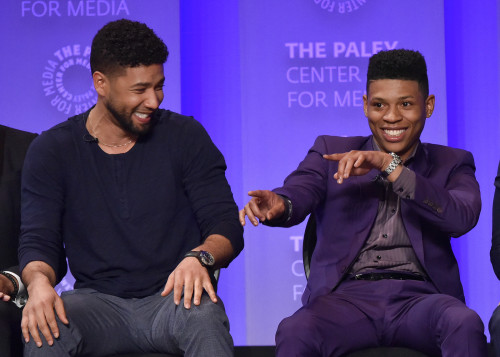 On Friday, March 11, 2016, the cast and creatives of FOX’s Empire were honored at The Paley Center for Media’s 33rd Annual PaleyFest Los Angeles.  The creative team and cast, with the exception of fan favorite  “Cookie,” (Taraji P. Henson) who was noticeably missing, away filming a movie was on stage for a lively panel discussion, moderated by Kevin Frazier. Prior to the panel discussion fans were treated to a viewing of the premiere of season 3 of “Empire,” which will have “the streets talking,” a phrase used during the panel from cast members.

On Sunday, March 13, 2016 the festival honored the creatively smart cast and crew of ‘blackish’ with a screening and panel discussion led warmly by Nichelle Turner. After the screening of next season’s premiere episode, which promises to have everybody dying with laughter, the cast of “blackish,” including the adorable ‘blackish’ kids all in attendance, with the exception Lawrence Fishburn, greeted fans warm and humorously.  Creator and Executive Producer Kenya Barris, even gave a shout out to and, introduced his family, which the show is based on. 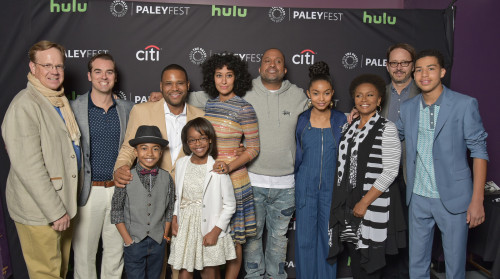 HOLLYWOOD, CA – MARCH 13: Cast and creatives of black-ish at PaleyFest LA 2016 honoring black-ish, presented by The Paley Center for Media, at the Dolby Theatre on March 13, 2016 in Hollywood, California. © Michael Bulbenko for the Paley Center

The Paley Center for Media, a nonprofit organization with locations in New York and Los Angeles, leads the discussion about the cultural, creative, and social significance of television, radio, and emerging platforms for the professional community and media-interested public.  For more information, please visit paleycenter.org