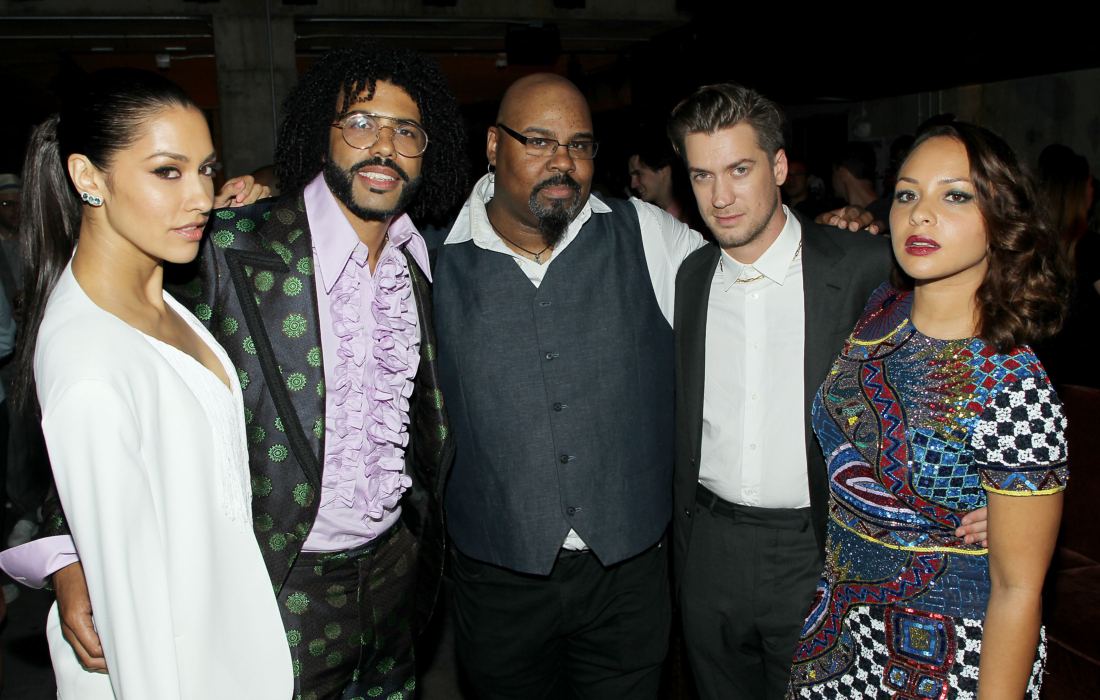 Last night’s New York screening of Blindspotting, starring Daveed Diggs and Rafael Casal hosted by the Cinema Society and Lionsgate, brought out guests Questlove, Tina Fey and Renée Elise Goldsberry, who made their way to the Angelika Film Center to take in a screening of the film. The films stars lifelong friends Collin (Daveed Diggs) and Miles (Rafael Casal) co-wrote and star in this timely and wildly entertaining story about the intersection of race and class, set against the backdrop of a rapidly gentrifying Oakland.

After the screening, the guest migrated over to nearby to Public Arts at the Public Hotel where the evening’s celebratory vibe continued.

The storyline follows Collin (Daveed Diggs) as it’s imperative that he make it through his final three days of probation for a chance at a new beginning.  He and his troublemaking childhood best friend, Miles (Rafael Casal), work as movers, and when Collin witnesses a police shooting, the two men’s friendship is tested as they grapple with identity and their changed realities in the rapidly-gentrifying neighborhood they grew up in.