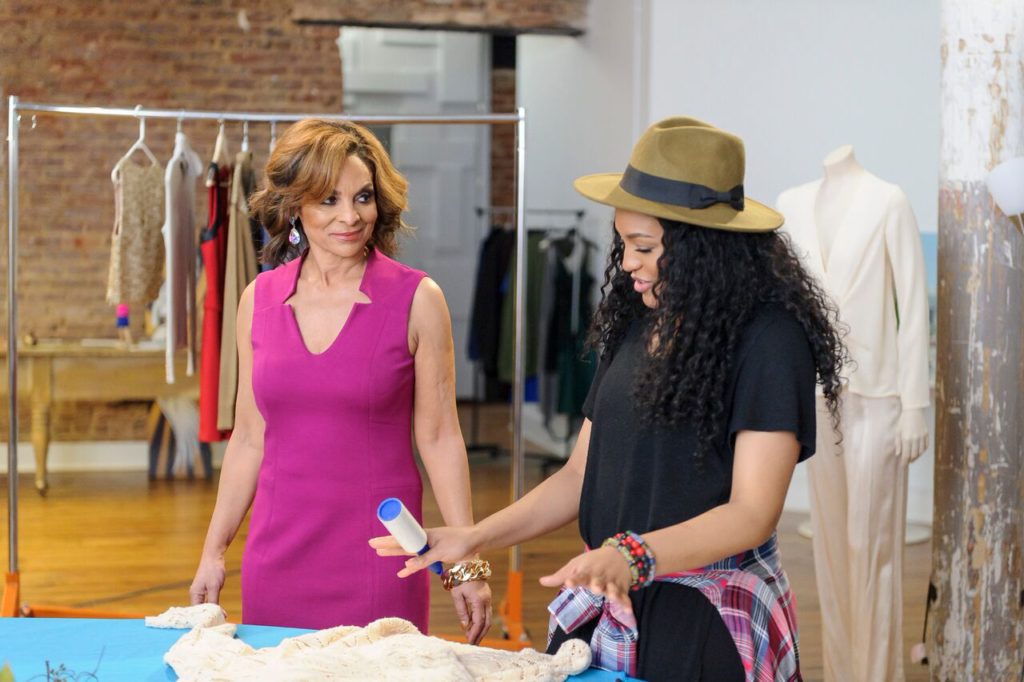 Following last year’s success of To Hell and Back – an original film based on the Book of Job and For the Love of Ruth, an updated interpretation of the Book of Ruth, TV One tells another powerful biblical story with the Mother’s Day premiere of Chasing Waterfalls on Sunday, May 8 at 7 p.m. ET. Inspired by the Book of David and featuring Drew Sidora (The Game, SisterCode) in her first leading role,  TV One‘s latest original movie follows the rise and fall of Olivia Archer.  A God-fearing woman, Olivia hides behind her faith and is ultimately brought down by her greed and quest for power.
Chasing Waterfalls navigates the treacherous, cutthroat waters of the fashion industry while gently teaching viewers about obedience, faithfulness and God’s grace. The story follows Olivia (Sidora), an aspiring fashion designer striving for success while working for Salma Barrie (Jasmine Guy, A Different World, Vampire Diaries), the owner of a once fruitful, eponymous clothing brand. As she jumps at the opportunity to become the new fashion “It Girl,” Olivia must balance her family responsibilities, especially the caring of her aging father Quincy (Tim Reid, Sister, Sister, Treme) and troublesome sister Coco (Kisa Willis, Precious).
As a result of Salma Barrie’s lead designer Hiram Locke (Daniel May, Being Mary Jane) defecting to launch a high-profile competing line, Olivia is given an opportunity to help the struggling business by introducing her own designs. Her life quickly spirals out-of-control as she takes advantage of and hurts the people who helped her along the way, including her closest ally, Salma’s son Cabot (Redaric Williams, Young and the Restless). Matters become dire when Salma’s daughter Doreen (Joyful Drake, Let’s Stay Together, Jane The Virgin) hatches her own plan for the company.  And though pleased with the success of her brand, Salma’s jealousy towards Olivia could bring this fashion house toppling down.
Grammy-nominated recording artist Kelly Price (R&B Divas) also makes a guest appearance in the film playing herself as the emcee of Olivia’s first runway show at the helm of the Salma Barrie line.
An encore presentation of Chasing Waterfalls will air immediately following the premiere on TV One on Sunday, May 8 at 9 p.m. ET.  For more information about Chasing Waterfalls head to http://tvone.tv/show/chasing-waterfalls/
Chasing Waterfalls was directed by Ryan Richmond and written by Rhonda F. Baraka. Eric Tomosunas of Swirl Films served as executive producer; James Seppelfrick, Keith Neal, Gingi Rochelle and Allison Wilmarth Kovak served as producers; and Leah Daniels-Butler, C.S.A. serves as casting director, along with George Pierre, C.S.A. For TV One, Karen Peterkin serves as executive-in-charge of production; Donyell Kennedy-McCullough as senior director of talent and casting; Robyn Greene Arrington is vice president of original programming; and D’Angela Proctor is head of original programming.
Scroll to Top