87th Oscars: Check out a few of the Presenters of Color 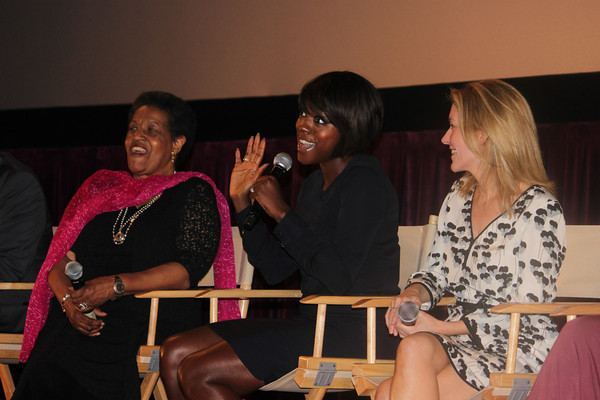 The 87th Oscars will be held tonight Sunday, February 22, 2015, at the Dolby Theatre® at Hollywood & Highland Center® in Hollywood, and will be televised live on the ABC Television Network at 7 p.m. ET/4 p.m. PT. The Oscars, produced by Zadan and Meron, also will be televised live in more than 225 countries and territories worldwide.

Award-winning star of stage and screen Neil Patrick Harris will host the 87th Oscars®. This will be Harris’ first time hosting the ceremony.

Davis has been nominated for two Oscars, one for her supporting role in the 2008 film “Doubt” and one for her leading role in 2011’s “The Help.”  She currently stars in the ABC primetime hit “How to Get Away with Murder.” Davis’s film credits include “Get on Up,” “The Disappearance of Eleanor Rigby: Them,”  “Ender’s Game” and “Prisoners.”  She will next been seen in “Lila and Eve,” due out this year.

Hart, who currently stars in the feature comedy “The Wedding Ringer,” appeared in last year’s “Ride Along,” “About Last Night,” “Think Like a Man Too” and “Top Five.” His previous credits include “Think Like a Man” (2012) and “The Five-Year Engagement” (2012). He will star opposite Will Ferrell in “Get Hard” later this year.

Ejiofor received his first Oscar® nomination last year for his lead performance in “12 Years a Slave.” He previously appeared in such features as “Salt” (2010), “American Gangster” (2007), “Children of Men” (2006) and “Dirty Pretty Things” (2003). His upcoming films include “Z for Zachariah” and “Triple Nine.”

Lopez can currently be seen in the thriller “The Boy Next Door.” Her other feature credits include “An Unfinished Life” (2005), “Monster in Law” (2005), “The Wedding Planner” (2001) and “Out of Sight” (1998). She stars opposite Viola Davis in “Lila & Eve,” which premiered last month at the Sundance Film Festival and she will voice ‘Lucy’ in the upcoming animated film “Home.”

Nyong’o took home the Oscar for Actress in a Supporting Role for “12 Years a Slave.”

Winfrey is nominated for Best Picture as one of the producers of “Selma.” She was previously nominated for Actress in a Supporting Role for “The Color Purple” (1985). She received the Jean Hersholt Humanitarian Award in 2011.