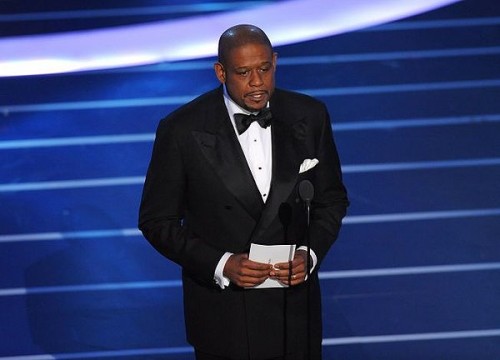 “Forest Whitaker embodies the moniker of artist/activist,” stated Roslyn M. Brock, Chairman of the NAACP National Board of Directors.  “His work in front of and behind the camera engages and entertains, and his service to communities around the world is truly inspirational.  It is my honor and privilege to recognize Mr. Whitaker with the Chairman’s Award.”

Whitaker just wrapped an astounding year led by the success of “Lee Daniels’ The Butler,’” in which he delivered a moving portrayal of Cecil Gaines, a butler at the White House through eight administrations and 34 years, as well as the critically acclaimed “Fruitvale Station,” on which he served as a producer. Both films garnered significant praise, including Image Award nods for Outstanding Actor in a Motion Picture and Outstanding Independent Motion Picture, bringing Mr. Whitaker’s total number of Image Award nominations to seven, including a win for Outstanding Actor in a Motion Picture in 2007 for his turn as Ugandan dictator Idi Amin in “The Last King of Scotland” (2006).

Mr. Whitaker is not only a distinguished actor and filmmaker, but a humanist as well. He is a committed citizen of the world who dedicated most of his time over the past decade to extensive humanitarian work. Mr. Whitaker was designated in 2011 by UNESCO as their Goodwill Ambassador for Peace and Reconciliation. Mr. Whitaker is the Founder and CEO of The Whitaker Peace and Development Initiative as well as the Chairman of the International Institute for Peace. In recognition of his work towards global peace building, both organizations work jointly to help societies affected by destructive conflicts and gang violence to transform into safer and more productive communities.  Whitaker strongly believes that peace and prosperity cannot be attained by communities and nations without heeding the voices of our diverse and vibrant youth. Youth have always taken a central part in his humanitarian work; he has developed a Youth Peacemaker Network in South Sudan, Uganda and Mexico. He has shown a strong commitment to provide educational tools and better living conditions to vulnerable youth experiencing the aftermath of violence, war and trauma. As a member of the President’s Committee of Arts and Humanities, Forest also works closely with Findley Elementary School in Des Moines, Iowa to demonstrate to the students the limitless power of the arts to express their voices and creative energies. Through his production company, Significant Productions and JuntoBox Films, he is constantly aiming at supporting this creativity, as he did recently when he produced “Fruitvale Station,” a movie directed by the talented Ryan Coogler who was only 26 years old when he first contacted Forest Whitaker.

The NAACP Image Awards celebrates the accomplishments of people of color in the fields of television, music, literature and film and also honors individuals or groups who promote social justice through creative endeavors.  Winners will be voted upon by NAACP members and announced when the envelopes are opened on Friday, February 21 during the Awards Ceremony for non-televised categories.  The remaining categories will be announced LIVE on stage during the two-hour star-studded TV One telecast on Saturday, February 22 (9:00 p.m. ET/PT tape-delayed).  The telecast will also include a one-hour pre-show airing live from the red carpet (8:00 p.m. ET/PT tape-delayed).

The NAACP Image Awards are being produced by Reginald Hudlin and Phil Gurin. The production team will also include Tony McCuin as Director and Suzanne Bender and Stephanie Sacco as Talent Producers.