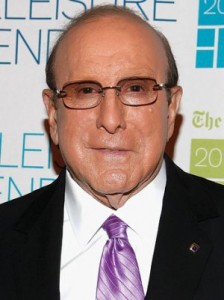 NAACP President and CEO Cornell Brooks said in a statement: “The NAACP is proud to honor Clive Davis this year’s Vanguard Award for his continued contributions of exceptional work to the music industry,” said NAACP President and CEO Cornell William Brooks. “His meticulous work ethic, extraordinary vision, and tireless dedication have built a prolific career that sets a remarkable example for so many who dream of following in his footsteps.”