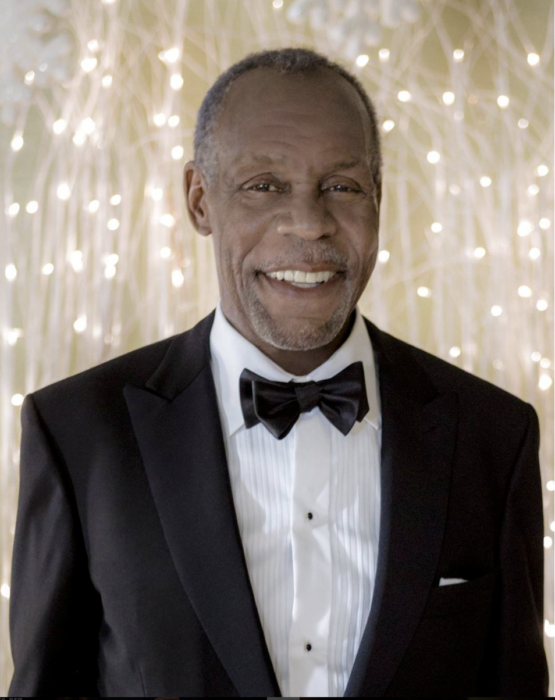 LOS ANGELES, CA (January 11, 2018) – The NAACP announced today that actor, producer and humanitarian Danny Glover will be presented with the NAACP “President’s Award” at the 49th NAACP Image Awards on Monday, January 15, 2018 LIVE at 9pm/8c on TV One.

“Danny Glover is a remarkable man whose accomplishments in Hollywood are matched by his philanthropic triumphs,” stated Derrick Johnson, President and CEO, NAACP. “Mr. Glover remains a great artist and true inspiration who always uses his celebrity status to advance the cause of social justice and respect for our diverse society. It is with great honor that I bestow this year’s NAACP President’s Award on Mr. Glover for his phenomenal altruistic efforts both domestically and internationally.”

Danny Glover has been a commanding presence on screen, stage and television for more than 30 years. As an actor, his film credits range from the blockbuster Lethal Weapon franchise to smaller independent features, some of which he produced. In recent years, he has starred in an array of motion pictures including the critically-acclaimed Dreamgirls directed by Bill Condon, and in the futuristic 2012 for director Roland Emmerich. Additionally, Mr. Glover is highly sought after as a public speaker, delivering inspirational addresses in such diverse venues such as college campuses, union rallies and business conventions.

A native of San Francisco, Mr. Glover trained at the Black Actors’ Workshop of the American Conservatory Theatre. His Broadway debut in Athol Fugard’s Master Harold…and the Boys brought him to national recognition and led director Robert Benton to cast him in his first leading role in 1984’s Academy Award-nominated Best Picture, Places in the Heart. The following year Mr. Glover starred in two more Best Picture nominated films, Peter Weir’s Witness and Steven Spielberg’s The Color Purple. In 1987, he partnered with Mel Gibson in the first Lethal Weapon film and went on the star in three hugely successful Lethal Weaponsequels. In addition, he starred in The Royal Tenenbaums and To Sleep With Anger, which he executive produced and for which he won an “Independent Spirit Award” for Best Actor. In 2005, Mr. Glover co-founded NY-based Louverture Films with writer/producer Joslyn Barnes and more recent partners Susan Rockefeller and the Bertha Foundation. The company is dedicated to the development and production of films of historical relevance, social purpose, commercial value and artistic integrity.

Mr. Glover has gained respect for his wide-reaching community activism and philanthropic efforts with a particular emphasis on advocacy for economic justice, access to health care and education programs in the United States and Africa. For these efforts, Mr. Glover received a 2006 “DGA Honor” and was honored with a 2011 “Pioneer Award” from the National Civil Rights Museum. Internationally, he served as a Goodwill Ambassador for the United Nations Development Program from 1998 to 2004, focusing on issues of poverty, disease and economic development in Africa, Latin America and the Caribbean. He was presented in 2011 with the prestigious “Medaille des Arts et des Lettres” from the French Ministry of Culture and was honored with a Tribute at the Deauville International Film Festival. In 2014, Mr. Glover received an Honorary Doctorate of Humane Letters from the University of San Francisco.  Currently, Mr. Glover serves as an UNICEF Ambassador.

On the small screen, Mr. Glover won an “NAACP Image Award,” a “Cable ACE Award” and earned an Emmy nomination for his performance in the title role of the HBO Movie Mandela. He also received Emmy nominations for his acting work in the acclaimed miniseries Lonesome Dove and the telefilm Freedom Song; as a director, he earned a Daytime Emmy nomination for Showtime’s Just a Dream. Mr. Glover also appeared in the HBO Original Movie Muhammad Ali’s Greatest Fight. Most recently, he starred in Mr. Pig, which had its debut at the 2016 Sundance Film Festival and now appears on Netflix. In addition, he starred in Almost Christmas for Universal Studios and will soon be seen in Come Sunday opposite Chiwetel Ejiofor, Old Man & The Gun with Robert Redford, and Proud Mary opposite Taraji P. Henson.

The NAACP Image Awards is the preeminent multicultural awards show celebrating the accomplishments of people of color in the fields of television, music, literature and film, and also honors individuals or groups who promote social justice through creative endeavors. Winners will be announced during the two-hour star-studded event hosted by Anthony Anderson, which will be broadcast LIVE on TV ONE at 9pm/8c on Monday, January 15, 2018, the federal holiday honoring the birthday of Dr. Martin Luther King, Jr. A one-hour pre-show will air live from the red carpet at 8pm/7c.