Sixteen year-old  Zendaya Coleman, who plays the lead character, Zendaya on Disney Channel’s “Shake It Up,” a series about teenagers who dance on a local show called “Shake It Up Chicago,” is about to really shake it up  in Season 16 of “Dancing With The Stars.”

Already considered a favorite (perhaps it’s because she’s  considered a dancer in her own right), Zendaya is partnered with pro Val Chmerkovskiy, who placed in the top 3 on Season 15 with Kelly Monaco.  Another notable contestant Sherry Shepard, from the “View” also partnered with Val for Season 14.

So, who is Zendaya. According the young beauty,  her name Zendaya, means “to give thanks” in the language of Shona.  Born in Oakland, California she Zendaya started her career as a fashion model for stores such as Macy’s, Old Navy, Sears, and Mervyn’s. Zendaya spent three years of dancing in a dance group called Future Shock Oakland. The group did hip hop and hula dances when she was eight.

Zendaya’s  TV brother Roshon Fegan competed on Season 14 of “Dancing With The Stars” and earned a spot in the Top 6 with partner Chelsie Hightower, who’s no longer participating on the show. 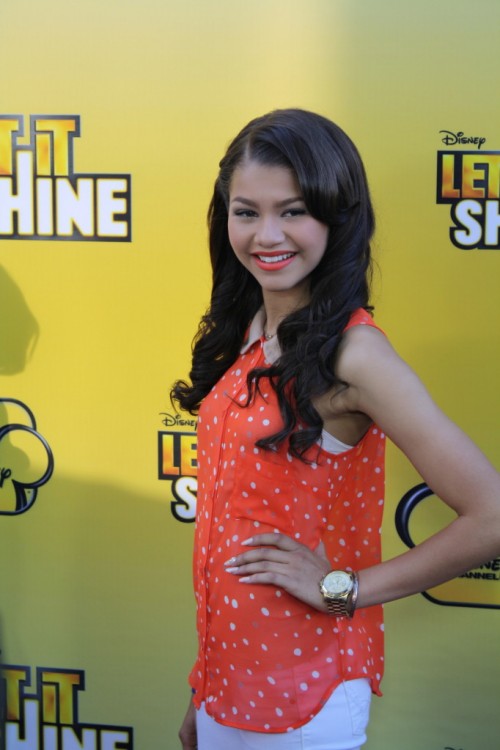 Photo credit: Shanda Pierce, The Chocolate Voice.
Zendaya in 2012 at the Premiere of Disney’s, “Let it Shine”