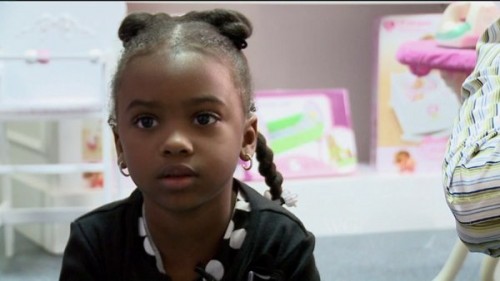 While most four year old children draw the line at playing with their toy dinosaurs, Miss Anala Beevers,  also studies and memorizes their names.  This inquisitive New Orleans four year old began her journey into the intellectual world when she started learning her alphabet at just four months old.  By 18 months, she was not only reciting her alphabet, but could also recite her numbers in Spanish and is quite familiar with astronomy.  As she grew out of diapers, her intelligence grew with her.  As her mind continued to absorb and her language developed, her parents said Anala even began correcting their grammar.

Anala’s constant curiosity allowed her high IQ to flourish, catching the attention of MENSA, “the high IQ society.”  This society expands internationally with members in over 100 countries.  Founded in 1946, MENSA’s membership is based on IQ.  To be invited to MENSA, your IQ must rank in the top 2%; according to an article in People Magazine, Anala ranks in the top 1%.

The precocious little one will continue her studies this fall at the Marrero Academy for Advanced Studies in New Orleans.