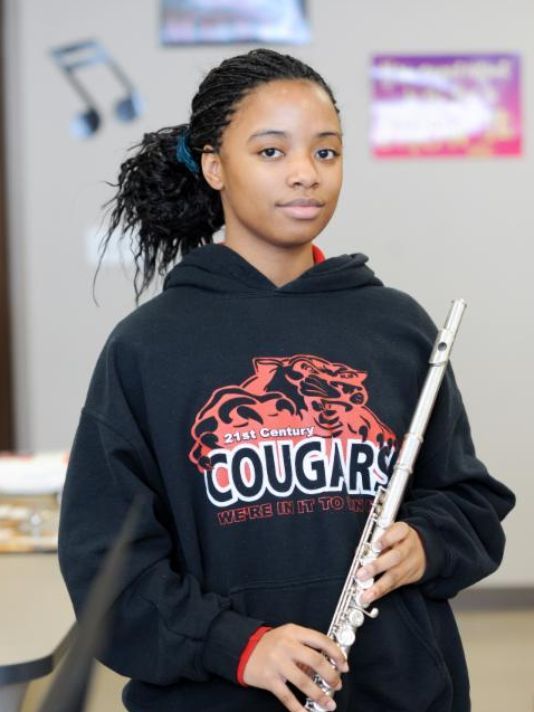 Eighteen-year-old Raven Osborne of Gary Indiana is graduating from college tomorrow, on May 5.  But guess what? She hasn’t even graduated from high school! Raven told CBS News’ correspondent Jericka Duncan that she’s getting her college degree two weeks before her high school diploma, which she will receive on May 22.

“When people hear that … they’re going, ‘What? How did she do that?’” Duncan said.

Here’s how she did it—through online classes, year-round community college and two years at Purdue University Northwest. Her semester-long college courses counted as a full year of high school credit.

“Sophomore, that was the most work. I had five high school classes, four college classes,” she said.

Osborne admits that it was tough going to high school and taking college classes. There were times when she wanted to quit, but her mother, Hazel Osborne, constantly encouraged her to keep going. Her mother, a physical therapist, drove her to and from classes each day.

“When I was a younger, I was labeled with a learning disability,” she tells the Chicago Tribune. “But my mother always told me I could do whatever I wanted to do in life.”

Raven attends the 21st Century Charter High School in Gary, Indiana, funded by the Greater Educational Opportunities Foundation. Everyone that attends is required to take college classes on a college campus in order to graduate. Five of this year’s 43 graduates earned associate’s degrees.

Kevin D. Teasley, is president and founder of the Greater Educational Opportunities Foundation, a non-profit educational organization headquartered in Indianapolis that manages and supports four schools in the area.  State funding is used for tuition and transportation to nearby college campuses.

And how much did Raven pay for college? “Absolutely nothing,” she said. “Not a dime.”

This fall, Raven will be back at 21st Century Charter, teaching younger students. Instead of paying for college, the school will be paying her salary, $38,000 a year to teach.