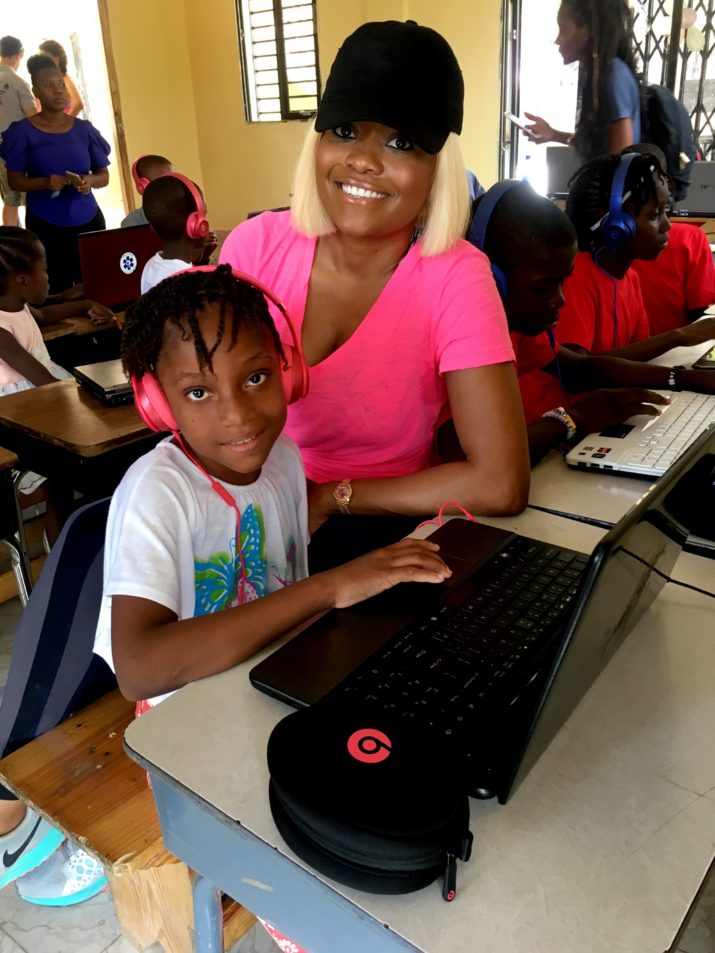 On April 10, 2017, media and entertainment mogul Karen Civil opened her Live Civil Computer Lab at the House of Hope Orphanage in Titanyen, Haiti. Civil, who is Haitian-American, in partnership with the Jack Brewer Foundation, donated 20 computers to assist the orphanage in furthering STEM education.

Civil, a descendant of Haitian parents, says that she hopes to further the academic disciplines of science, technology, engineering, and mathematics (STEM) at House of Hope Orphanage with these donations.

“Each year I return to Haiti, I hope that whatever I bring contributes to the betterment of these students for the long term,” says Civil. “In 2017 all students must have access to computers and other updated technology. It impacts the speed in which they can complete their homework, how quickly they can access information online, and improve their typing and reading skills. I want them to be given the same opportunity other educated youths are given in different countries. I’m grateful to Jack Brewer for helping make this lab come to life.”

After achieving success as a social media expert for some of the entertainment industry’s biggest names, Civil began her philanthropy imprint, Live Civil, in 2014. That year, she traveled to Haiti to open her Live Civil Playground for students with the support of recording artist Nipsey Hussle; President of Young Money Records, Mack Maine; Haitian-American professional boxer, Andre Berto; President of Urban Music at Interscope Records, Joie Manda; Official DJ of the Cleveland Cavaliers, DJ Steph Floss and partner Jameel Davis.

Since the start of Live Civil, Civil has published her first book Be Civil & Be You, which has sold over 300 copies. She also served as one of the top social media consultants for Sen. Hilary Clinton’s 2016 presidential campaign.