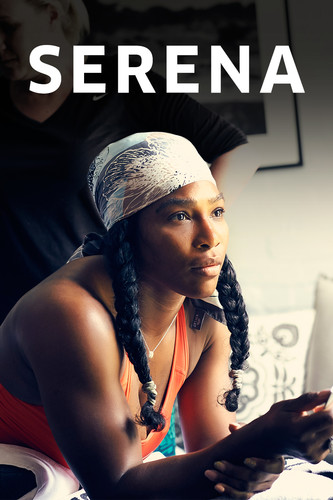 Premium TV network EPIX® announced today that the EPIX Original Documentary Serena, an intimate portrait of 4-time Olympic Gold Medalist and International sports icon Serena Williams, will make its World Television Premiere on EPIX on June 22, 2016 at 8pm ET/PT, 7C. The feature-length documentary provides viewers with unprecedented access inside the world of the athlete-designer-businesswoman, including day-in-the-life interactions with her family and friends, plus her most trusted colleagues and fiercest competitors. Shot verité style – Serena explores the pressures that come with being number one in the world, and Williams unflinching commitment and drive to succeed, ultimately emphasizing the humanity under all of her accomplishments.

“2015 was a defining time in my life and career. I think my story will be relatable to audiences whether you love tennis or not. It’s a story of perseverance, failure and triumph. It’s the most intimate I’ve ever allowed myself to be on film. It was a scary but ultimately really gratifying experience, which I’m hoping inspires others to pursue their dreams. I’m really grateful to EPIX for this incredible opportunity and the care they’ve shown me. Can’t wait for you all to see it.” Williams said.

For Serena, the documentary team was provided unparalleled access. Viewers will be witness to the external pressures and vulnerabilities Williams faces in her quest to achieve four Grand Slams in a row (a “Serena Slam”), and her losses at the 2015 U.S. Open and 2016 Australian Open. In addition, the film takes an unprecedented look at Williams’ life off the court as the filmmakers capture intimate and unguarded moments with her family and inner circle of coaches, trainers and friends.