ESSENCE will recognize the extraordinary achievements of Black women in film and television with its 6th annual Black Women in Hollywood Luncheon.

One of Hollywood’s most anticipated events during awards season, this star-studded affair commemorates ESSENCE magazine’s annual Hollywood issue (March), which will be available on newsstands on February 8. 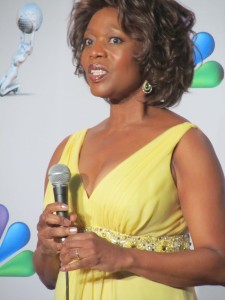 “The ESSENCE Black Women in Hollywood Luncheon recognizes the ‘Power of our Presence’, by spotlighting the stellar accomplishments of African-American female performers and creators in film and television,” says ESSENCE Editor-in-Chief, Constance C.R. White.  “More importantly, the annual luncheon serves as a source of support and inspiration for the incredibly talented community of Black women who are often overlooked in Hollywood.”

The ESSENCE Black Women in Hollywood Luncheon is presented by Lincoln, and sponsored by L’Oréal Paris, smartwater and Target.