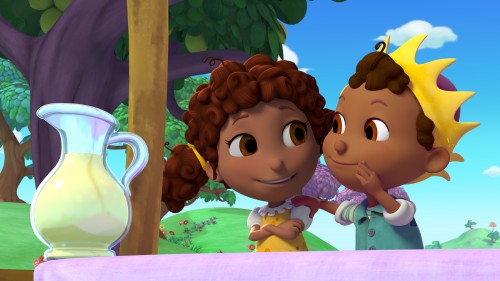 In the premier episode, Goldie and Bear teach Jack and Jill how to fetch pails of water so they can reopen their lemonade stand.  Watch here.