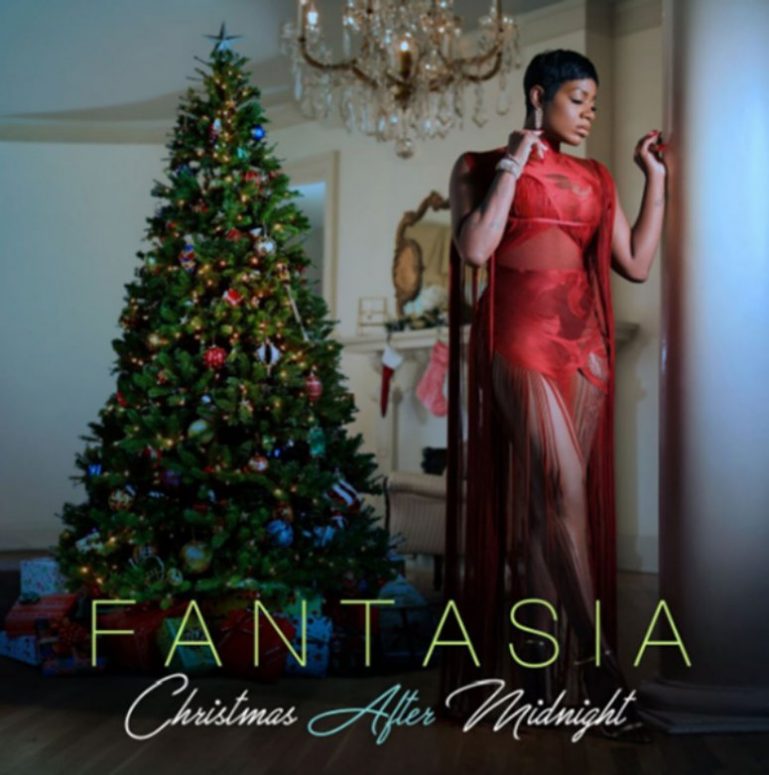 Grammy-Award winning and platinum-selling artist Fantasia will release her first-ever holiday album, Christmas After Midnight, via Concord Records on October 6.

The 12-track album was produced by Ron Fair (Christina Aguilera, The Black-Eyed Peas) and includes some of Fantasia’s favorite holiday songs including “This Christmas,” “Silent Night,” “Santa Claus Go Straight to the Ghetto,” “Have Yourself A Merry Little Christmas” and “Baby, It’s Cold Outside,” featuring vocals from the critically acclaimed singer, songwriter and producer CeeLo Green.

“This album pays homage to my grandmother and is a gift from me to all of those who remember their grandparents or parents putting up Christmas trees and being a blessing into people’s lives,” says Fantasia.  “I’d also like to pay homage to the great singers like Billie Holiday, Ella Fitzgerald, Frank Sinatra and Ray Charles who stood strong in what they believed in – the music. I hope that it blesses you guys. Merry Christmas and Happy New Year.”

North Carolina native Fantasia broke on to the scene in 2004 as the season three winner of Fox’sAmerican Idol. Later that year, she released her platinum-selling debut album Free Yourself and became the first artist in the history of the Billboard Hot 100 chart to debut at #1 with her first single, “I Believe.” In 2010, Fantasia earned her first ever Grammy Award for the hit single “Bittersweet,” off her critically acclaimed third album Back to Me.  On July 29, 2016, Fantasia released her fifth studio album, The Definition Of…., which became her third consecutive #1 R&B album debut, her fourth top ten debut on the Billboard 200, and earned her another Grammy nomination for Best Traditional R&B Performance.

Christmas After Midnight, which follows last year’s The Definition Of…, is due Oct. 6 via Concord Records.