Film “SELMA” shown for free to the residents of SELMA 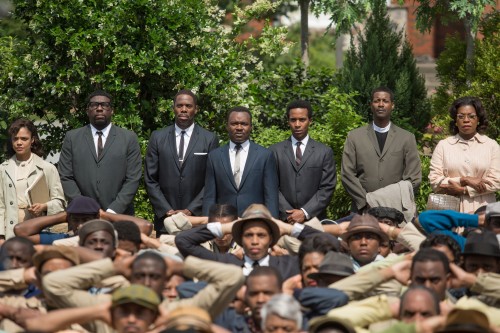 HOLLYWOOD, CA (January 1, 2015) – Paramount Pictures, a division of Viacom, Inc. (NASDAQ: VIAB, VIA), announced today that the Golden Globe nominated film “SELMA” from director Ava DuVernay will be shown for free to the town’s citizens at the Selma Walton Theater in the city of Selma, Alabama beginning January 9.

“With deep gratitude to the people of Selma, Alabama, we are proud to share this powerful film depicting the historic events that took place there 50 years ago,” said Oprah Winfrey on behalf of the film’s producers. “I hope generations will watch the film and share their stories of remembrance and history together.”

“The city and people of Selma welcomed the production with open arms this past summer and in celebration of the film’s national release on January 9. “We are incredibly excited and very humbled to be bringing Ava’s finished film to the community,” said Rob Moore, Vice Chairman of Paramount Pictures.

“I’m so happy that the movie “Selma” will be shown in Selma when it’s released to the nation. I’m so grateful of the fact that Selma has been blessed to have a movie named after them. I’m thankful to the producers, director Ava, and executive producer Paul Garnes for their leadership, and all of the cast for selecting Selma to produce this movie. We must keep in mind that the movie is just that, a movie and not a documentary. May GOD continue to bless Selma,” said Selma Mayor George P. Evans

Citizens of the city of Selma, AL can get more information and showtimes at http://www.selmawaltontheater.com/

Directed by DuVernay and starring David Oyelowo as Martin Luther King Jr., SELMA has been nominated for 4 Golden Globes, including for Best Picture, Best Actor, Best Director and Best Song (“Glory” by Common and John Legend).

SELMA is the story of a movement. The film chronicles the tumultuous three-month period in 1965, when Dr. Martin Luther King Jr. led a dangerous campaign to secure equal voting rights in the face of violent opposition. The epic march from Selma to Montgomery culminated in President Johnson (Tom Wilkinson) signing the Voting Rights Act of 1965, one of the most significant victories for the civil rights movement. Director Ava DuVernay’s SELMA tells the story of how the revered leader and visionary Dr. Martin Luther King Jr. (David Oyelowo) and his brothers and sisters in the movement prompted change that forever altered history.