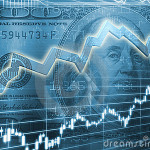 Believers in the so-called January indicator–the concept that the first five trading days suggest the stock market’s overall direction for the rest of the year–were likely discouraged last week. The S&P gave up roughly half a percentage point during 2014’s first five trading days. The other three domestic indices also slipped during those five days, with losses ranging from the Nasdaq’s quarter of a percentage point to the Dow’s nearly seven-tenths of a percent. A rebound at week’s end gave three of the four domestic indices a gain for the week. However, the small-cap Russell 2000 was the only one to see a slight gain for both the week and the year so far. Meanwhile, the yield on the benchmark 10-year Treasury fell as the new year saw a new interest in bonds.

The Q4 2013 earnings season will get into high gear as several major financial and tech companies release reports. Data on retail sales for the holiday season will shed light on the state of consumers’ wallets.

Data sources: Economic: Based on data from U.S. Bureau of Labor Statistics (unemployment, inflation); U.S. Department of Commerce (GDP, corporate profits, retail sales, housing); S&P/Case-Shiller 20-City Composite Index (home prices); Institute for Supply Management (manufacturing/services). Performance: Based on data reported in WSJ Market Data Center (indexes); U.S. Treasury (Treasury yields); U.S. Energy Information Administration/Bloomberg.com Market Data (oil spot price, WTI Cushing, OK); www.goldprices.org (spot gold/silver); Oanda/FX Street (currency exchange rates). All information is based on sources deemed reliable, but no warranty or guarantee is made as to its accuracy or completeness. Neither the information nor any opinion expressed herein constitutes a solicitation for the purchase or sale of any securities, and should not be relied on as financial advice. Past performance is no guarantee of future results.