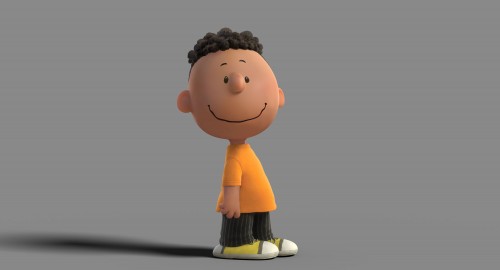 Harriet Glickman, a school teacher wrote a letter to the comic strip’s creator Charles M. Schulz following the death of Martin Luther King urging him that an African American character needed to be added to the popular comic strip.  “Franklin Armstrong” was introduced on July 31, 1968, representing the importance of desegregation.

Franklin’s next appearance is in THE PEANUTS MOVIE on November 6!