Get Ready! R&B Divas LA: Are Back. Returning With Divalogues Special 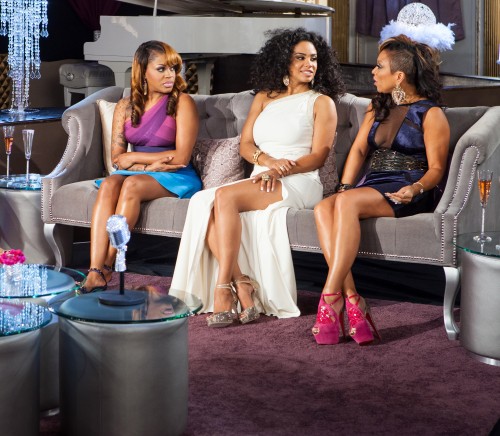 In a press release,  we learned that TV One keeps the drama of its wildly popular R&B Divas reality franchise alive with R&B Divas LA: Divalogues Special, a new special airing Saturday, October 5 at 10PM/ET.  The one hour show, born out of the network’s highest rated Divas franchise R&B Divas LA, showcases an extended version of the stage production mounted by cast members during the season finale.

In these touching, heartfelt and sometimes heart-wrenching monologues, the audience will get a glimpse an even more intimate look into the lives of cast favorites Chanté Moore, Lil’ Mo, Claudette Ortiz and Michel’le as revealed through their songs and deeply personal soliloquies. Interviews throughout the hour will give context to the drama unfolding on the screen.

“The compelling personal stories of the cast of R&B Divas LA helped the series quickly gain a dedicated following,” remarked D’Angela Proctor, SVP Programming and Production, TV One. “Fans of the show have been clamoring for more and TV One is more than happy to deliver with the Divalogues special.”