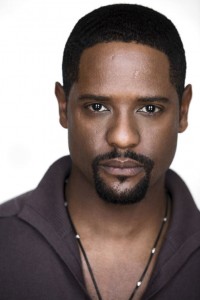 Photo courtesy of The Old Globe.

SAN DIEGO (April 9, 2014)— In a press release, The Old Globe today announced that two-time Golden Globe Award nominee Blair Underwood—who most recently made his acclaimed Broadway debut in the iconic role of Stanley in Tennessee Williams’s A Streetcar Named Desire and garnered rave reviews opposite Cicely Tyson in Lifetime’s The Trip to Bountiful—will make his Globe debut in the title role of Shakespeare’s classic tragedy Othello, the first show of the Globe’s 2014 Summer Shakespeare Festival. Underwood’s films include Something New, Deep Impact, Gattaca, and Rules of Engagement, and his television credits include “Ironside,” “In Treatment,” “The New Adventures of Old Christine,” and “Sex and the City.” Joining him and also making their Globe debuts are the previously announced Emmy Award winner Richard Thomas (“The Americans,” “The Waltons”) as Iago and Kristen Connolly (“House of Cards,” The Cabin in the Woods) as Desdemona.

No stranger to the Bard, Underwood starred in Measure for Measure with Lisa Gay Hamilton and Kevin Kline for the 1993 summer season at the New York Shakespeare Festival (aka Shakespeare in the Park). Richard Thomas and Kristen Connolly continue collaborations with Old Globe Artistic Director Barry Edelstein that began in New York: Thomas starred in Edelstein’s critically acclaimed production of Timon of Athens at The Public Theater in 2011, and Connolly in three Shakespeare plays that Edelstein helped produce at The Public.

“I’m honored and excited to welcome the great Blair Underwood to the Old Globe family,” said Edelstein. “He is a distinguished stage actor whose intensity and charisma will give us a majestic and magnetic Othello. That he joins a company already boasting the luminaries Richard Thomas and Kristen Connolly is truly for me an embarrassment of riches.”

Performances run June 22 – July 27, with Opening Night on Saturday, June 28 at 8:00 p.m. Tickets to the Globe’s 2014 Summer Season are currently available by subscription only, and prices range from $92 to $332. Subscription packages may be purchased online at www.TheOldGlobe.org, by phone at (619) 23-GLOBE, or by visiting the box office.