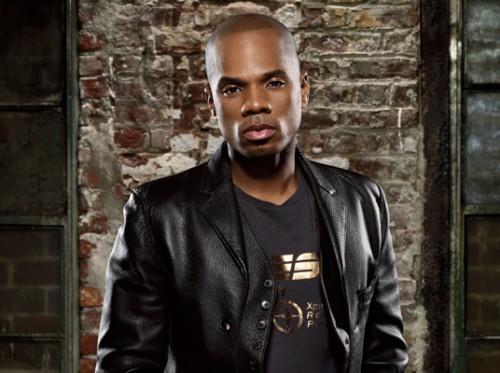 (SAN DIEGO, CA – April 4, 2013) — Grammy-Award winning star and Gospel music icon Kirk Franklin is joining forces with House of Blues and its venues across the United States to create a new Gospel Brunch experience as part of its year-long 20th Anniversary Celebration.

House of Blues Gospel Brunch has been a staple of Sunday morning family entertainment around the country for over two decades. Now House of Blues has reinvented the renowned dining entertaining experience with even more spectacular interactive energy and excitement. 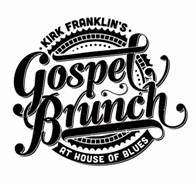 Considered by many to be the most popular brunch experience in the country, Kirk Franklin’s Gospel Brunch at House of Blues will be unveiled for the first time at House of Blues locations across the country this Mother’s Day, May 12th.  The new Gospel Brunch experience will be infused with the same kind of contemporary energy that has made Franklin the biggest selling Gospel Music artist in the world.

For the past few months, Franklin has been heavily engaged in creating the new Gospel Brunch experience, visiting many of the House of Blues clubs in person and tailoring each show to fit the club’s individual market.  His aim is for Gospel Brunch guests be treated to an uplifting live music and dining spectacle that will bring them to their feet, have them clapping, singing and creating unforgettable memories.

“House of Blues’ Gospel Brunch is an American institution, so I am honored to be working hand-in-hand with them to revitalize the experience for music fans of all ages,” said Mr. Franklin.  “This has really been a labor of love for me and I’m excited for everyone to see what we’ve created when we kick things off on Mother’s Day.”

House of Blues President Ron Bension said, “For two decades House of Blues has been a special place for fans and performers to share musical moments, memories and meals unlike any other place in the world.  As we head in to our next 20 years we wanted to make this Sunday tradition even better by showcasing the greatest gospel music of yesterday, today and tomorrow with someone amazing like Kirk Franklin.”

The all-you-can-eat Gospel Brunch is a non-denominational, participative celebration of gospel music to help wipe away the week’s troubles and inspire the week ahead. With a buffet menu that is ever-evolving, it features southern specialties and morning feast favorites such as cornbread muffins and maple butter, Creole chicken and shrimp jambalaya, chicken and waffles, carving stations, plus create-your-own Bloody Mary and mimosa bars.

Founded in 1992, House of Blues are located throughout the United States and form the country’s pre-eminent group of intimate music venues.  Each features state-of-the-art sound and lighting technology in one-of-a-kind custom designed environments aimed to bring fans as close as possible to the artists.  Every location’s restaurant and bar is adorned with signature original folk-art – part of the world’s largest collection – combined with the House of Blues legendary hospitality and tantalizing cuisine.

Kirk Franklin’s Gospel Brunch at House of Blues will debut on Mother’s Day, May 12th with scheduled shows taking place twice a month at 11 a.m. thereafter. Tickets go on sale Friday, April 5th at 10 a.m. Tickets are $39.50 (adults), $17.50 (child, 6 to 12), and will be available for purchase through Ticketmaster.com, HouseofBlues.com and the House of Blues Box Office. A portion of ticket sales will be donated to the International House of Blues Foundation, a non-profit organization that provides arts and cultural educational programs and resources for youth in communities across the United States.

For nearly two decades, Franklin has been a multi-platinum-selling pioneer in gap-bridging musicianship, uniting audiences across gospel, hip hop, pop and R&B. His irresistible rhythms and rhapsodies have resulted in albums that consistently top both Billboard‘s Gospel and Christian charts, as well as ascend triumphantly into the Top 10 of the R&B/Hip Hop chart. His unprecedented penetration into the mainstream has fortified him to also become a New York Times bestselling author for The Blueprint: A Plan for Living Above Life’s Storms (Gotham/Penguin). Franklin is also the host and executive producer of the gospel talent show “Sunday Best,” the highest-rated gospel program in BET network history now heading into its sixth season. To date, the trendsetter has garnered nine Grammy Awards, 39 Stellar Awards, 16 Dove Awards (CCM), eight NAACP Image Awards, two BET Awards, an American Music Award, a Soul Train Award and numerous others.