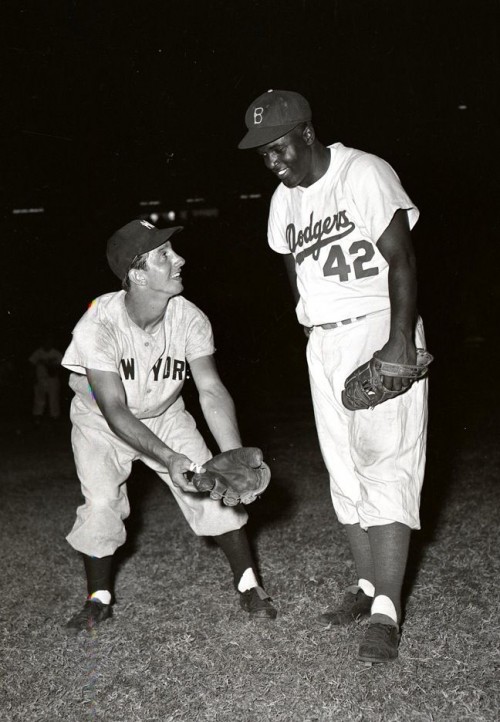 On April 15th, we honor the legendary Jackie Robinson, the first African American to play in Major League Baseball. Robinson, is celebrated for breaking down the color barrier in sports, and for his momentous achievements during the Civil Rights movement.

Today, 14 ball parks across the nation will participate in a pregame ceremony celebrating the historical sports icon.

“On that landmark day, Jackie ended segregation in baseball and ushered in an era in which baseball became the true national pastime,” Selig said.

During the ceremonies, 62 Jackie Robinson foundation scholars are being honored. The Jackie Robinson Foundation, founded by his widow, Rachel, offers a $10,000 scholarship toward college tuition for highly motivated minority students.