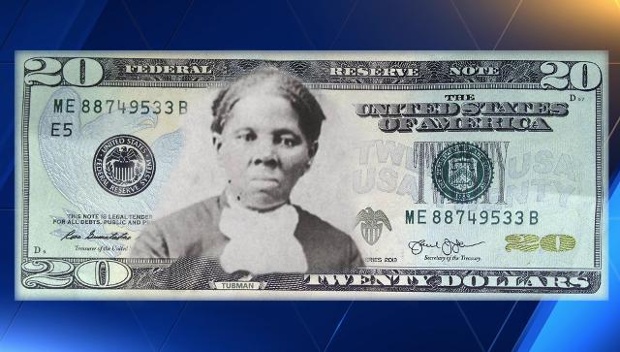 Harriet Tubman, Underground Railroad heroine, will replace Andrew Jackson on the $20 bill, with Alexander Hamilton keeping his spot on the $10, according to reports.

Treasury Secretary Jack Lew is expected to announce the changes today. It comes after months of talks over the future of U.S. currency and an ongoing movement to have a woman’s image added to a bill.

The change will put Tubman on the new $20 but leave Hamilton, the nation’s first Treasury secretary, on the $10, a switch from earlier efforts that involved replacing him. Jackson’s image is expected to remain on the $20 in some way, officials indicated.

The $5 bill will be changed to depict civil rights era leaders, Politico reported.

Lew had previously indicated a woman would likely replace Hamilton on the $10 bill by 2020, the 100th anniversary of the Constitution’s 19th Amendment which gave women the right to vote. However, interest in Hamilton, led in part by the wildly popular musical that bears his name, has led to calls for him to remain on the currency.

By law, the image of a living person can’t be featured on currency.

Last summer, the group Women on the 20s held a series of votes to help determine which woman should be featured on U.S. currency. Tubman was one of four finalists – the others were former First Lady and social activist Eleanor Roosevelt, Cherokee Nation leader Wilma Mankiller and Alabama native and civil rights icon Rosa Parks – with Tubman receiving the most votes.

Once printed, the new $20 bill will become only the second paper currency to feature a woman. The first First Lady, Martha Washington, was on a $1 Silver Certificate between 1891 and 1896.

Women have appeared on coins, however. Suffragette Susan B. Anthony once adorned a dollar coin, later to be replaced by Sacagawea, the Native American woman who served as a guide to explorers Lewis and Clark. Neither of those coins is in wide circulation.

The only other female to appear on regular U.S. currency was Helen Keller, who was selected as Alabama’s representative on the quarter minted as part of the series depicting images from each state. Keller is the only solo female on any of the state quarters.

During a ten-year span Tubman made 19 trips into the South and escorted over 300 slaves to freedom. And, as she once proudly pointed out to Frederick Douglass, in all of her journeys she “never lost a single passenger.”