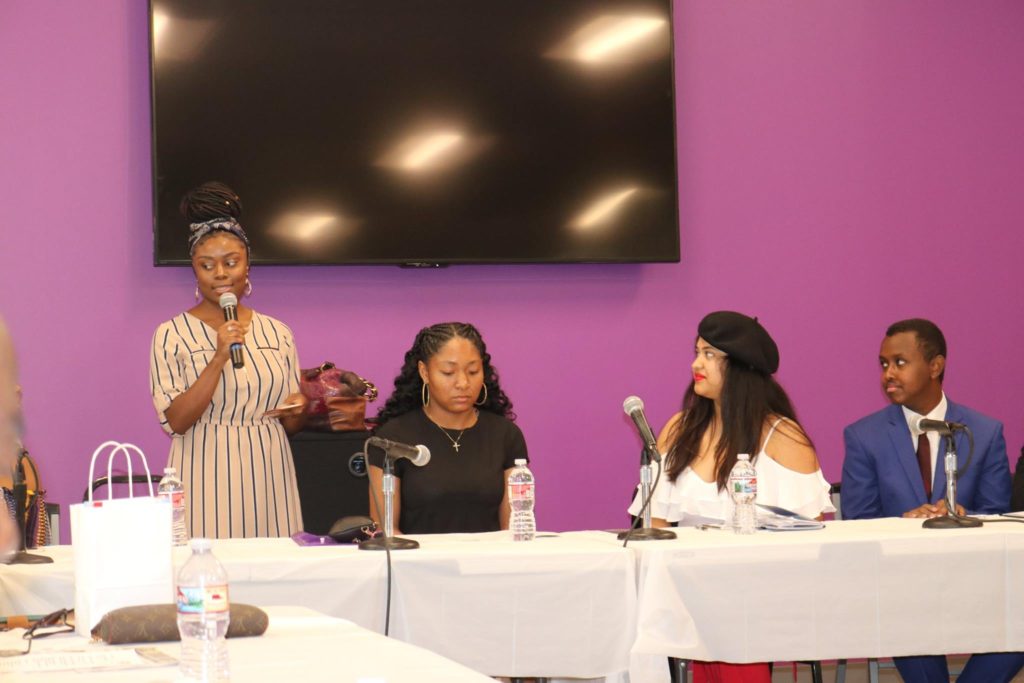 “I’m only Seventeen, wait two of us are just Fifteen.”

(San Diego, CA) At the February 17th 2018, general membership and guests meeting of Black American Political Association of California, San Diego Chapter, BAPAC, Community Activist /Organizer Aeiramique Blake, introduced 6 students from Helix Charter High La Mesa. Ms. Blake and the Helix Charter High students had been invited to present and share their experiences and actions, following an on campus incident involving a Black female student and a member of the La Mesa City Police Department. A video which showed the La Mesa Police Officer slamming the student to the pavement, went viral and was also the main story on several local media outlets in San Diego.

They called out the adults in the San Diego community who stood by silently after their peer, a student with a 4.00 GPA was brutally treated by a trained officer in the La Mesa Police Department. They expressed deep dismay and disappointment that organizations that are associated with the noble legacy of civil rights and equal treatment, people with political power, influence, access to media, failed to take a stand.

The reoccurring theme of their presentation, was how could people allow this to happen at a public charter school with a student enrollment of 2500, a diverse group of students from multiple cultural and ethnic background, yet, with a predominantly White staff.

It is clear that these students have a bright future, however the emotional and sociological scars are not going to just disappear. They spoke about the dismissive attitude from Helix Charter High leadership, staff, La Mesa Police Department and fellow students. They shared details of having to surround themselves with adults like Ms. Blake, learning how to strategically use their First Amendment Rights to force dialog with the authorities.

The BAPAC San Diego meeting was held at the new Jackie Robinson YMCA, located in beautiful Southeast San Diego. It was a very fitting location for this diverse group of brilliant students to be able to share their experiences in a  building named after someone who had to endure unspeakable challenges fifty plus years ago on the Baseball field and in a then legally segregated country.

These sophomores and seniors are certainly some of the best and brightest, they collectively challenged the audience and those who will watch their presentation on social media, to stand up, speak against injustice, they are no longer going to accept being marginalized. Yes they are only Seventeen, some of them are only Fifteen.