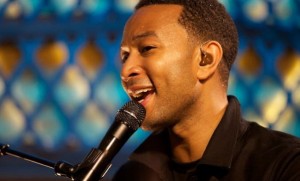 An intimate, one-of-a-kind performance and interview series hosted by Interactive One Chief Content Officer, Smokey D. Fontaine, Interludes Live! showcases unique in-person performances by music’s biggest talents with private and unscripted conversations about an artist’s life, career, relationships and the “interludes” of their lives that mean the most.

9-time Grammy award-winning superstar JOHN LEGEND performed his classic hits including “Tonight,” Green Light” and “Ordinary People” with future hits “All of Me,” “Made To Love,” “The Beginning,” and “Who Do We Think We Are” from his recently released smash album, Love In The Future (Good Music / Sony)

“John Legend is an extraordinary talent. When you can connect an artist’s life story with the lyrics and passion behind their music you gain a truly memorable appreciation for their craft,” says Fontaine. “I was honored to be able to talk to him about some of the challenges he’s faced in his life and then became the luckiest fan to witness one of our masters in such an intimate setting.”

Legend opened up for the first time about the tumultuous relationship between his parents growing up, the incessant gay rumors, and his bride-to-be, superstar model Chrissy Teigen. In a treat for fans, Legend also sat down at the piano and broke down the making of his iconic ballad “Ordinary People.”

A true multi-platform experience for viewers, Interludes Live! with John Legend will feature additional performances and interview segments on Interactive One’s HelloBeautiful.com and across the entire I One digital network. The live version of hit “All Of Me” is also being played across many Radio One adult contemporary stations.

“HelloBeautiful’s readers are avid music fans and John Legend is the type of artist who truly connects with them. He exemplifies every quality women swoon for—talented, smart, upstanding and loving. He’s the boyfriend we’re all looking for in our heads,” says Leigh Davenport, Editorial Director of HelloBeautiful.com. “We are so excited to have him share this special moment of his life, releasing a new album and getting married, with the HelloBeautiful audience!”

Update:  John Legend and model Chrissy Teigen got married in Italy today (Sept. 14), E! News confirms. The couple exchanged vows in an intimate ceremony at an estate on Lake Como.

Congratulations to the happy couple!