HISTORY® Network Presents Two Hour Documentary on The Black Movement in America, From Slavery to the White House

STORIES FROM THE ROAD TO FREEDOM, a new two-hour special narrated by Deon Cole, premiering on Saturday, February 16 at 8 p.m. on HISTORY®, gives a fresh perspective of the black movement in America, from Emancipation to the Civil Rights era. The special uses first-hand accounts, rare audio recordings, never-before-seen archival footage, and home movies to chronicle African American life as lived by regular people, in their own words, through 150 years of social upheaval. 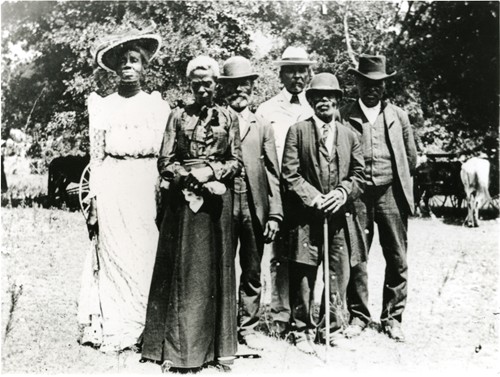 STORIES FROM THE ROAD TO FREEDOM features an extraordinary collection of source material. In one of the only known recorded interviews of its kind, former slave Fountain Jordan describes the early days of emancipation. There is recently-discovered, never-before-broadcast footage of Ernest Beane, a Pullman Porter who documented his life on the rails, and an audio recording of an interview with World War I veteran Edward Nichols, who witnessed the 1919 Red Summer Riots in Duluth.

Other rarities include color footage of Richard and Mildred Loving, the interracial couple whose Supreme Court Case ended race-based legal restrictions on marriage; and outtakes from interviews with the first African American family to move into all-white Levittown, PA and the white neighbors who opposed it. Glimpses of everyday life can be seen in some of the earliest known African American home movies that were shot in wealthy black communities in Oklahoma in the aftermath of the Tulsa Riots; in the earliest known photographs of a Juneteenth celebration in Austin, TX in 1900; and in very rare and never-before broadcast footage from the 1954 All Black Memphis State Fair.

STORIES FROM THE ROAD TO FREEDOM is an unparalleled opportunity to see and hear from remarkable individuals who – for better or worse, whether they were aware of it or not – paved the way through the greatest social movement in American history.

The two hour documentary special, STORIES FROM THE ROAD TO FREEDOM premieres Saturday, February 16 at 8 p.m. on  HISTORY®.  For more information visit  www.history.com.