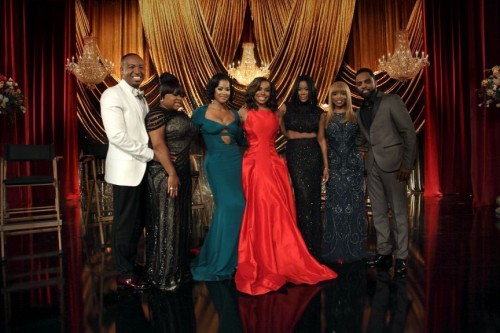 Here we go!  Due to the wildly successful Realty TV shows, it’s apparent that “real” actresses have decided to get in the game and play.  And, quite well!

The season finale finds the ladies on-set for the final day of production on The White Sisters, where Countess’ participation in the film is still in question following a full body liposuction procedure. Paula, who also serves as Director for their film project, makes yet another disappearing act from set leaving Elise hanging and completely fed up.  Finally, the ladies come together for a bonding bonfire chat that takes a dark turn as blame – and shade – is thrown as the Divas struggle to reconcile issues from their past.

The two-part reunion special brings the ladies together for a fierce and fiery night as they look back on all of the controversial and meme making moments from the season. The ladies open up about their cosmetic surgeries, Golden gets involved in a major, blow-out argument with not one, but a few of the cast members, and Paula Jai has to face the music and address the countless gripes the ladies had with her this season. Taped in front of a live studio audience, Carlos King sits down with the Divas as they dish about their headline making situations, address old wounds and attempt to forge stronger bonds of sisterhood built throughout the season.