On the Roman calendar, March 15th marks the day of the assassination of Caesar, thus the Ides of March became a turning point in Roman history.  The 25th of March shall forever now be known as the day of last-minute rescue to prevent a complete collapse of the Cypriot economy.  The Eurozone has agreed to a €10B bailout in which the country’s second-largest bank, Laiki, will be closed and its operations merged into Bank of Cyprus.  Those with deposits of over €100,000 ($130,000 US dollar equivalent) will be assessed with a hefty tax, perhaps 30% or more, while those below that level will be left unscathed.  Laiki’s senior bondholders will be wiped out, while the Bank of Cyprus’s creditors will also be affected.  That’s a heavy cost to those who stashed their cash in the country’s banks. 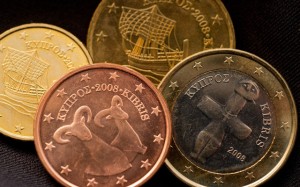 Much of the cash deposited in the country’s banks belongs to wealthy Russians; some say the Russian mobs, which are expected to lose billions of dollars of ill-gotten gains.  I think it’s safe to assume that the Russian gangsters probably aren’t very happy with this situation, as the banks will remain closed and accounts frozen until sometime next week to delay, what almost unavoidably, will be a run on them.   The deal also calls for a radical modification to its banking sector, which includes privatizing state assets, and slashing their austerity budget even further.   Call it what you will, but ultimately this is essentially the EU and IMF making an example of Cyprus without the catastrophe of having the Euro imploding, at least for an interim period.

I remain optimistic.  Back on this side of the ‘pond’, the end of March is screaming at me to prepare to switch strategies.  Your own specific situation and risk tolerance will define how you proceed, but April has historically been a great month to be in the markets since 1950.  But before jumping in with eyes closed and adding to bullish positions, cautionary measures must be taken into account.  Stocks have generally peaked during the month of April before pulling back over the next few months.   So far in 2013, the stock market, in my opinion, is an overheating radiator; hopefully you’ll have a couple of gallons of water stashed in the trunk and are prepared to spend some time on the side of the road, letting things cool off.   Uninspiring fundamentals and the renewed threat of crisis from Europe demand a reassessing of exposure to many large cap, value stock and technology sectors.  As I mentioned last week, if stocks do peak in April (if not earlier) and sell off over the next few months, have confidence to take some profits off the table and wait it out.  I expect it to be a short and shallow pullback, not a full blown correction.  If the market turns on a dime and goes higher, you’ll have missed out on some performance but if it does not, you’ll be in position to offset some or all the losses in positions more effected by market swings.  If the S&P 500 moves more than 5% to the downside, I’ll expect a few thank you letters for the warning.   I’ll remain optimistic, cautious and aware that the Ides of March (Cyprus) mark a historic transition, and one to be acutely aware of.

Have a great week!