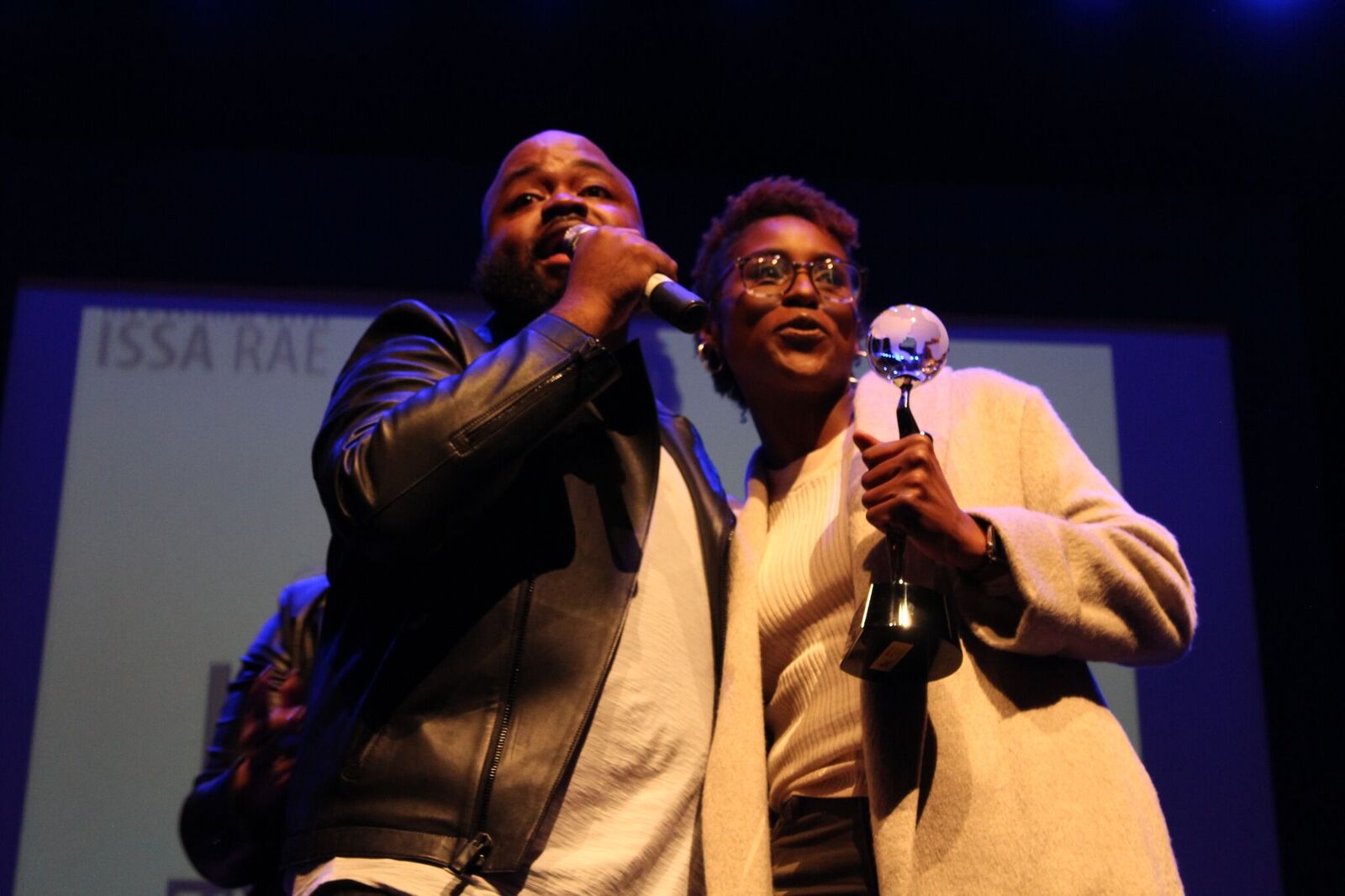 Brand Maverick Entertainment (BME) president and event creator, Steve Jones, moderated a conversation with Golden Globe nominee Issa Rae (creator and star of HBO’s Insecure) at the fourth installment of The Hollywood Confidential on Tuesday, February 28, 2017 at the Saban Theater in Beverly Hills as a celebration in recognizing the closing of Black History Month.

Powered by Walgreens and presented by SAG-AFTRA, the panel focused on elements of acting, beauty, health, fitness and the breakthroughs taking place around diversity and inclusion.