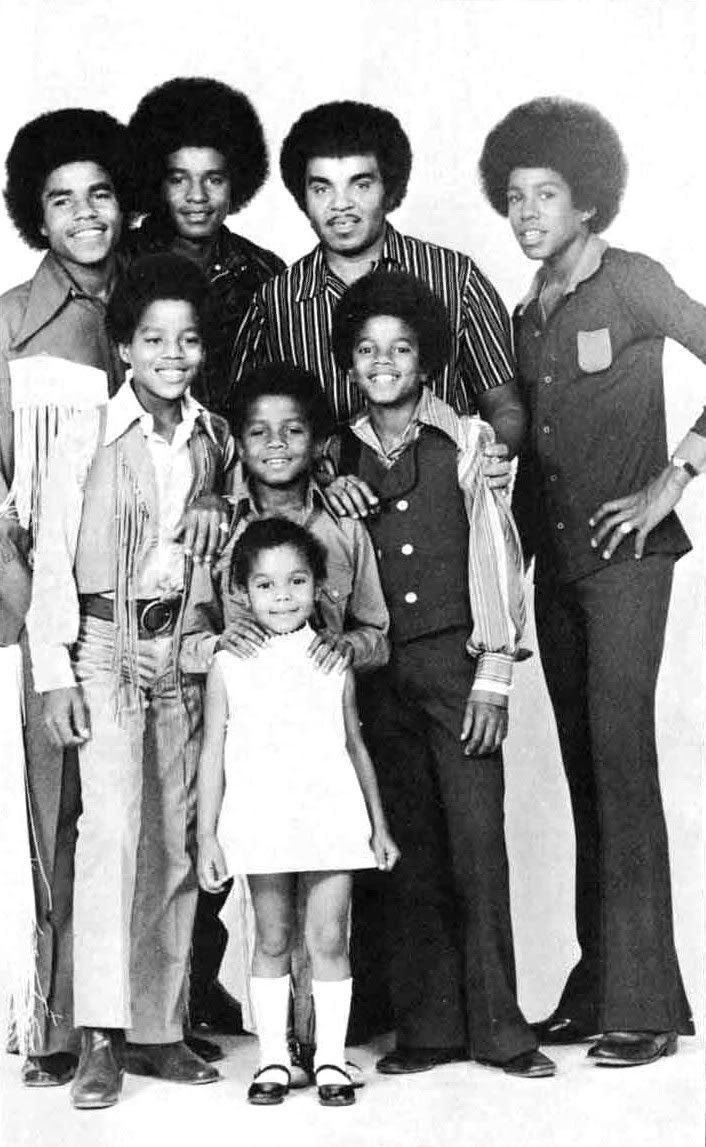 Joe is responsible for launching the musical career of his iconic children, The Jackson 5, Michael Jackson and Janet Jackson.

Jackson was born July 26, 1928 in Fountain Hill, Arkansas, as the eldest of five children. According to biography.com , his father Samuel Jackson was a high school teacher and his mother Crystal was a homemaker. The couple split when Joe was 12.

When he turned 18, he moved to Indiana to live near his mother.

While in Indiana, he began pursuing his dreams of becoming a boxer. He found success with the Golden Gloves, and was preparing for a professional athletic career when he met 17-year-old Katherine Scruse. He was already married at the time, but had his union quickly annuled to be with Katherine.

The couple married on November 5, 1949, and moved into a two-bedroom house in Gary, Indiana. The Jackson’s first child, Maureen Reilette Rebbie Jackson was born six months later on May 29, 1950. Joseph decided to leave his life as a boxer in order to support his family. He began work as a full-time crane operator for U.S. Steel. In the meantime, his wife Katherine tended to their growing family; the Jacksons would go on to have ten children.

In 1963, however, Joseph noticed his children’s musical talents after he caught his son Tito playing his guitar. That year Jackie, Tito and Jermaine formed The Jackson Brothers with Joseph serving as the group’s manager. He began entering the trio in local talent competitions and by 1965, he had younger brothers Marlon and Michael also involved in the band. The group renamed themselves The Jackson 5 in 1966, and began gaining accolades in the R&B circuit, ultimately becoming the most recognizable pop icons and among the greatest entertainers of our time.

In June 2018, it was reported that Jackson had been hospitalized with terminal cancer. Daughter Janet subsequently praised him while being honored at the 2018 Radio Disney Music Awards, calling him an “incredible father.”

On June 27, 2018, CNN.Com reported that Jackson had died early that morning in Los Angeles, of pancreatic cancer at age 89.

R.I.P. Mr. Joe Jackson, we thank you for introducing the world to your brilliant family.  Check out Joe Jacksons last Tweet. 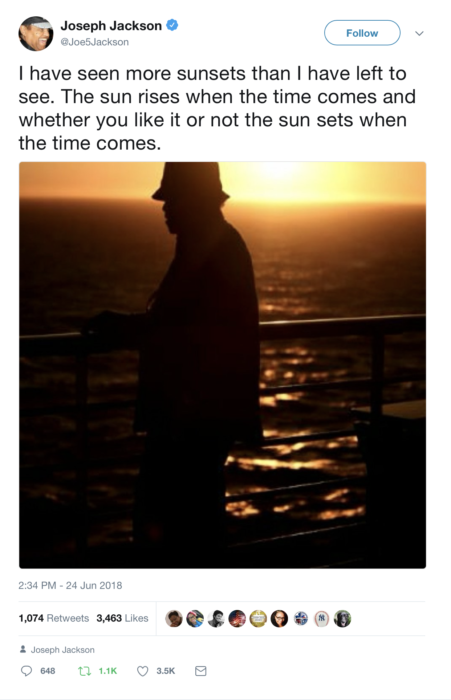