Over 1,000 people marched through the streets of Inglewood on Sunday, July 10th, and to many people’s surprise – there were no conflicts. The Black Lives Matter organized protest resulted in positive outcomes and even shut down the 405. 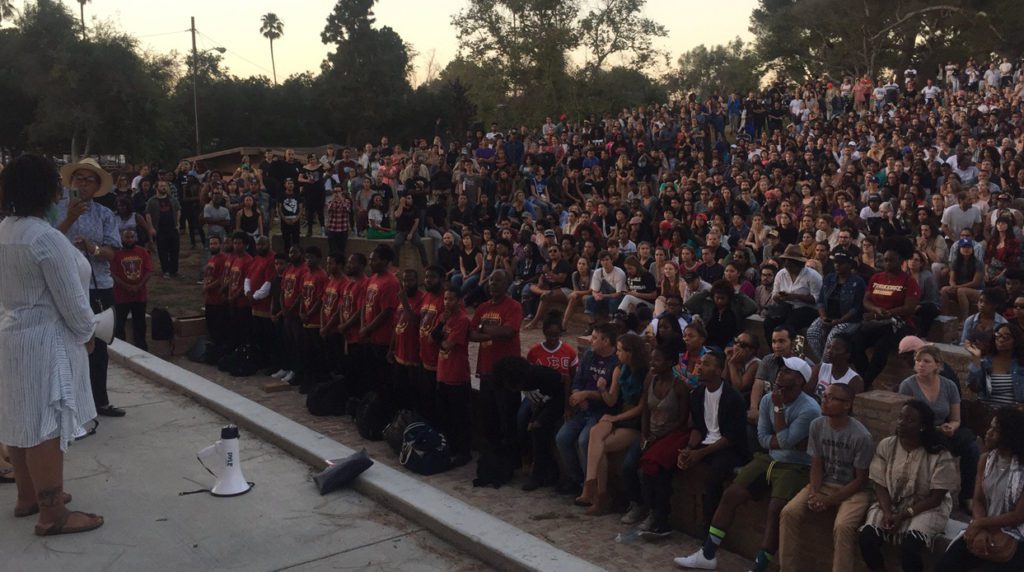 What made it work was that there were no police officers in the middle of the action and there weren’t lines of law enforcement blocking areas where the protesters walked.

Inglewood officials said that police and city leaders decided to keep their distance from individuals who marched, as long as they remained peaceful.

It’s evident that police carrying batons and wearing heavy armor can be counterproductive, and as we’ve seen in previous protests, can erupt in violent actions caused by both parties.

Nevertheless, Sunday’s peaceful protest set an example and a precedent for future protests. We can all march for justice, and demand that our voices be heard while still maintaining our composure, and working to build a relationship with law enforcement.