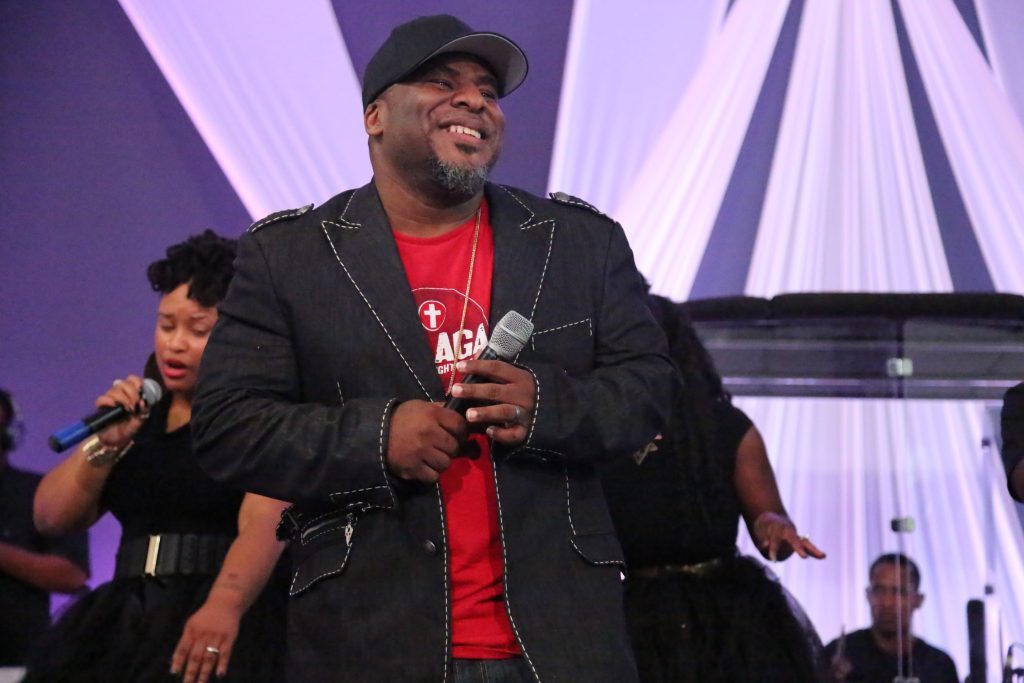 SOUTH LOS ANGELES (May 16, 2018) – Pastor Shep Crawford of the Experience Christian Ministries, a church nestled between two rival gang areas in South Los Angeles has teamed up with well-known and well-respected gang member/gang prevention counselor, Parie “Blue” Dedeaux of the Avalon Crips to host a symposium style discussion in an effort the promote peace in the community. Also joining them on the panel will be well-known rival gang members, respected “OG’s” and street influencers from the Crips and Bloods. The discussion moderated by Pastor Shep Crawford and will take place Sunday, May 20, 2018 at the Experience Christian Ministries located at 326 E. 47th Place, Los Angeles, CA., during it’s normal Sunday morning service which starts at 10:07a.m. The discussion will start at 11:00a.m.

“When Blue came to me about about this, I was all for it right away! I am a father of 6, and I am concerned about my kids, church and community as well. I don’t want to wait for the next tragedy for us to come together only to forget in a week or two. We need to be proactive and take a more preventative measures and this sounded like a good time and place to start,” says Pastor Shep.

During the discussion, the group will speak peacefully and candidly on the history of the local gangs and why they exist to begin with, but more importantly the goal is to raise awareness to the “Watts Gang Truce” that took place in 1992, what it meant.  The hope is to reignite interest in the “Gang Truce” which had many positive outcomes. The gentlemen will share with listeners how the Truce changed their lives and how a resurgence of it could help today. Blue, has worked hard over the years and has used is influence to help restore the neighborhoods and communities where gang presence has altered the landscape.

“The Truce changed my life. We all found a reason to come together for the good and it wasn’t just a one-day thing.  For several years we actually participated in recreational activities together and to this day we still do through our kids who play ball on the same fields, but nobody talks about the good the Truce did”, says Blue.

Twenty-six years ago the Watts Gang Truce formed as a result of the “not guilty” verdicts that were handed down to the police involved in the brutal Rodney King beating which sparked huge riots and looting just one day after the Truce.  Shortly thereafter when the streets became too hard for the City of Los Angeles to maintain, they had to seek the help of Avalon Gang member “Blue” and his influence to assist with gang intervention. See 2009 article:

Want your life to be a little sweeter? Keep up with us! Subscribe here.

About the Watts Gang Truce:

The Watts truce was a 1992 peace agreement among rival street gangs in Los Angeles, California, declared in the neighborhood of Watts. The truce was declared in the days just before the 1992 Los Angeles riots, and although not universally adhered to, was a major component of the decline of street violence in the city during the 1990s, 2000s and 2010s.

In late April 1992, sets from Crips and Bloods in the Watts neighborhood in southern Los Angeles convened to negotiate peace. The Grape Street Crips from the Jordan Downs Projects, the P Jay Watts Crips from the Imperial Courts housing projects, and the Bounty Hunter Bloods from the Nickerson Gardens housing projects met in the Imperial Courts Project gym.[1] Football legend and activist Jim Brown, and hip-hop artists of the West Coast Rap All-Stars, helped the rivals to negotiate their truce, and the factions would go on to draft a formal peace treaty modeled on a ceasefire 1949 Armistice Agreements reached between Israel and Egypt. Within days of the truce, despite the relative lawlessness caused by the 1992 Los Angeles riots, most of the African-American and Latino gangs in the city declared themselves at peace and there were no major flare-ups in violence. The Watts truce is generally credited with contributing to the trend in declining street violence rates in Los Angeles.