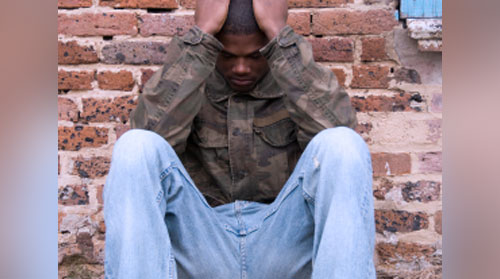 Black and Hispanic children and young adults with mental health issues are about half as likely as their white counterparts to get mental health care, according to a study out last week.

That could play a part in why children from those communities end up getting expelled from school or are incarcerated at higher rates than their white or Asian peers, say authors of the study.

The national study, titled, “Racial and Ethnic Disparities in Mental Health Care for Children and Young Adults,” appeared in the International Journal of Health Services. It examined data on children under 18, and young adults 18 to 34 from the Medical Expenditure Panel Survey from 2006 to 2012.The research was led by Dr. Lyndonna Marrast, who is currently an assistant professor of medicine at the Hofstra Northwell School of Medicine in New York.

The study finds that minorities receive a lot less psychiatric care – which includes visits to psychiatrists, social workers and psychologists – despite consistent rates of mental illness across all racial and ethnic groups. One in five Americans is believed to have a mental health condition at any given time. Black and Latino youth also receive less substance abuse and mental health counseling.

Despite a drop in the number of uninsured blacks and Latinos after the rollout of the Affordable Care Act (ACA), the two groups still have the highest rates of uninsured, at 14.7 percent and 33.1 percent, respectively.

But Marrast notes that the data she and her team analyzed do not “point to a particular cause” as being the key determinant of why this is so.

“It’s multifactorial,” she says. “We can hypothesize that having insurance alone is not sufficient if there are insufficient healthcare providers in your community who accept your insurance.”

Mistrust of health care providers could be another reason why blacks and Hispanics are reluctant to seek mental health care, Marrast says.

And a third factor could be that not all providers have the cultural competence to treat blacks and Hispanics.In the study, researchers point out that incarcerated young male blacks and Hispanics — overrepresented in the criminal justice system — are “underrepresented in the receipt of mental health care.” The study cites a Department of Justice finding that at least half of those incarcerated suffer from mental illness, and that those illnesses went largely untreated prior to and after their arrest.

Bleak as the situation appears, measures can be taken to correct the disparities in mental health care visits.

Steffie Woolhandler, a professor at City University of New York School of Public Health and one of the study’s authors, told Kaiser Health News that increased funding for community health centers is one such measure.

“I see these great people trying to work in community mental health, but they need more resources to do their job,” she said.

Other ways she believes the problem can be addressed include:

“Punishing people for mental illness or addiction is both inhumane and ineffective,” says Woolhandler. “The lack of care for minority youth is the real crime.”